A 7-meter (23-foot) long, wind-powered unmanned surface vehicle called a Saildrone, has become the first unmanned system to circumnavigate Antarctica. The vehicle, known as SD 1020, was equipped with a suite of climate-grade sensors and collected data in previously unchartered waters, enabling new key insights into ocean and climate processes.

The 196-day mission was launched from Southport in Bluff, New Zealand on January 19, 2019, returning to the same port on August 3, after sailing over 22,000 km (13,670 miles) around Antarctica. During the mission, the vehicle survived freezing temperatures,15-meter (50-foot) waves, 130 km/h (80 mph) winds, and collisions with giant icebergs.

The Southern Ocean plays a key role in regulating heat and carbon for our planet. It is so remote and inhospitable that even big ships try to avoid it in the winter. As a result, this region is critically under-sampled, leaving pressing scientific questions unanswered. However, the nimble and rugged Saildrone not only survived the Southern Ocean winter but streamed back vital new data from previously unsampled territory.

Carrying an instrument developed by the National Atmospheric and Oceanographic Administration (NOAA) to measure carbon fluxes, the Saildrone recorded evidence that the Southern Ocean released significant carbon dioxide during the winter months – a fact that could have major implications on global climate models.

"The extreme weather conditions of the Southern Ocean winter were the final frontier for Saildrone and with the completion of the Antarctic circumnavigation, there is now no part of the world's oceans that we cannot measure," said Richard Jenkins, Saildrone founder & CEO. "It is vital that we drastically improve the understanding of our oceans, which are one of the key drivers of our climate, and ultimately our future."

Saildrone, Inc. is a provider of oceanographic and atmospheric data, collected by a fleet of wind and solar-powered unmanned surface vehicles, known as Saildrones. Each vehicle can stay at sea for up to 12 months, transmitting real-time data before returning to shore for servicing and sensor calibration. Saildrone currently has 30 vehicles deployed around the world, in locations ranging from 75°N, on the ice edge in the US Arctic, to 62°S in the Southern Ocean. Using clean renewable power, Saildrones provide access to the world's oceans at a fraction of the cost of traditional ship-based methods.

The 2019 Saildrone Antarctic Circumnavigation was generously supported by the Li Ka Shing Foundation. The mission endeavors to expose future generations to the rapid changes taking place in the Antarctic. All data collected is distributed at no cost to the global scientific community.

For more information on this mission and participating science collaborators, visit; 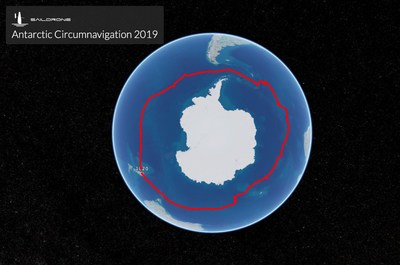 Chinas auto market has rebounded smartly from the COVID-19 crash in recent months, especially for high-end cars, but questions about the durability of that recovery will hang over the Beijing autoshow, starting on Saturday.A rare industry e...

Breonna Taylors family demanded on Friday that Kentucky authorities release all body camera footage, police files and the transcripts of the grand jury hearings that led to no charges against police officers who killed the Black woman durin...

The Trump administration has proposed reopening the Tongass National Forest to road-building, setting the stage for more logging, mining and development in the heart of North Americas largest temperate rainforest.The U.S. Forest Service on ...