Great Towers and landmarks worldwide unite in global show of support for Australia on Jan. 26

The CN Tower, fellow members of the World Federation of Great Towers, and landmarks around the world are uniting to raise awareness and show support for Australia as the country works to fight and recover from devastating wildfires. 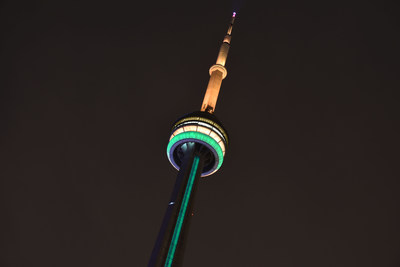 On the night of Australia's national holiday, January 26, the CN Tower will be among many landmarks to light in the country's national colours of green and gold. Still others plan to join in the effort through social media and online. To date, towers and landmarks that have confirmed their participation include:

"Australia is facing some of the worst wildfires ever seen. The scale of the ongoing crisis and its impact on the environment, people and wildlife concerns all of us around the world," says Peter George, the CN Tower's Chief Operating Officer. "Under the circumstances, we felt a global show of support would be meaningful to many. Not only would it convey a powerful message of support to all Australians, especially those on the front lines, but it can hopefully inspire the world to take action."

For anyone looking to take action, donations may be made to several organizations, including the Australian Red Cross (www.redcross.org.au/campaigns/disaster-relief-and-recovery-donate), the NSW Rural Fire Service (https://www.rfs.nsw.gov.au/volunteer/support-your-local-brigade), and WIRES Wildlife Rescue (https://www.wires.org.au/donate/emergency-fund).

About the CN Tower
At a height of 553.33 metres (1,815 ft., 5 inches), Canada's National Tower is an engineering wonder, award-winning dining and entertainment destination, and has been Toronto's "must-see" attraction for over four decades. The CN Tower was visited by more than 1.98 million people last year. For more information www.cntower.ca

President Donald Trump on Wednesday named U.S. ambassador to Germany Richard Grenell, a strong supporter of his policies, to be acting director of national intelligence. Rick has represented our Country exceedingly well and I look forward t...

A new British banknote featuring a self-portrait by the 19th century painter J.M.W. Turner entered circulation on Thursday. The 20 pound note is the third to be made of durable polymer material rather than paper, following the launch of new...

The International Monetary Fund warned Argentinas bondholders on Wednesday that they would likely need to take a hit to help resolve the countrys unsustainable debt burden. The fund, wrapping up a week-long visit to Argentina, said rising p...

Minnesota Timberwolves center Karl-Anthony Towns remains sidelined with a left wrist injury and there is currently no timetable for his return, coach Ryan Saunders told reporters on Wednesday. Saunders said that Towns will continue to miss ...