Bachelet: ‘We need to push back against hatred’

"Antisemitic conspiracy theories have attributed responsibility for the COVID-19 pandemic to Jews. Many public figures have minimized, distorted and weaponised the Holocaust in statements attacking public health measures", she denounced, marking the International Day of Commemoration in Memory of the Victims of the Holocaust, celebrated on 27 January.

As in the 1930s, the Human Rights chief explained, "lies, hatred, scapegoating and dehumanization are on the rise" andgravely threatening the social fabric today.

"We need to push back against hatred. We need to stand up for the truth – including the fundamental truth of our human equality and universal rights as human beings", she added. 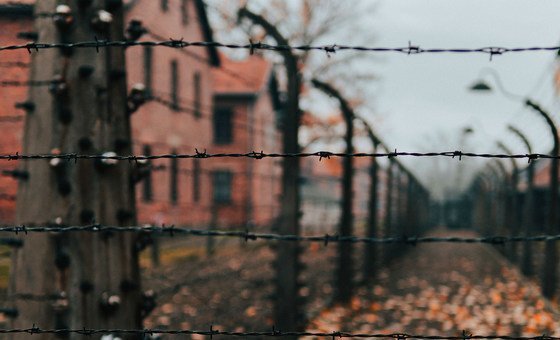 Bachelet called the Holocaust "a crime of shocking inhumanity", remembering that six million Jewswere brutally murdered, as well as Roma and Sinti people, Slavs, people with disabilities, LGBT people, prisoners of war and members of anti-Nazi networks from all over Europe.

For the human rights chief, commemorating the Holocaust is essential work, because these crimes demonstrate the magnitude of disaster that can result from hatred.

"Safeguarding the historical record and challenging distortions of that history are a critical part of this effort. For the benefit of past, present and future generations, we must never allow humanity to forget these appalling crimes", she said.

The High Commissioner concluded saying that everyone must tackle lies and incitement to hatred, including online, and both Governments and social media platforms have a special responsibility in this regard.

The experts recall many reports that Jewish people - and sites - were subjected to violence, discrimination and harassment by people targeting them as proxies for Israel because of their Jewish identity, particularly during and following armed hostilities in the Middle East in May 2021.

They note that Jewish people were violently attacked, suffered death threats and were harassed online; Jewish neighbourhoods were targeted by groups of individuals making violent threats; religious, educational, and cultural sites were vandalized and defaced; and protests targeted synagogues and Jewish community centres. 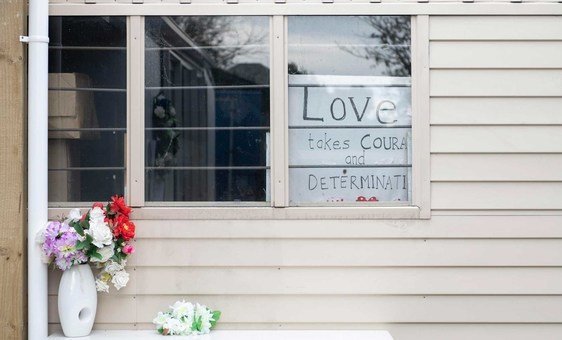 A sign reads "Love takes courage and determination" at the Linwood Islamic Centre in Christchurch, New Zealand. The Centre was the second of two sites attacked by terrorists on 15 March 2019., by UN Photo/Mark Garten

The experts also note that conflict in the Middle East is frequently accompanied by a spike in antisemitism globally.

They acknowledge that critiques of Israeli Government actions and policies "are both warranted and valid from a human rights perspective", but they also issued a warning.

In many cases, they say, rhetoric and statements about Israel endorsed by public figures, academics and others went beyond criticizing Israeli policies or actions to assertions that Zionism, the self-determination movement of the Jewish people, is an inherently racist ideology and a form of racial supremacy, suggesting that supporting Zionism is inherently equivalent to supporting racial discrimination.

"Not only is this narrative false; it has also shown to fuel resentment against Jews and normalise bias against Jewish communities worldwide", the experts said.

"We regret that although UN leaders specifically warned Member States against airing antisemitic diatribes at UN meetings and other international fora, this warning was not heeded, and the 'Zionism is racism' trope continues to be aired."

The experts also welcomed the resolution adopted by the UN General Assembly last week condemning Holocaust denial, calling it an important milestone in the fight against global antisemitism and all forms of hatred.

Special Rapporteurs are appointed by the Geneva-based UN Human Rights Council to examine and report back on a specific human rights situation. The positions are honorary and the experts are not paid for their work.