In July 2022, NASA's James Webb Space Telescope released images from some of its earliest observations, soon after the telescope finished its commissioning process. Now, astronomers have combined infrared data from Webb's first image release with X-rays collected by the agency's Chandra X-ray Observatory, demonstrating how the two premium observatories can complement each other.

Stephan's Quintet, Cartwheel Galaxy, galaxy cluster SMACS J0723 and Carina Nebula were among the first images released by the Webb telescope. NASA's Chandra had previously observed these objects with its X-ray vision.

Below are the composite images of these four objects:

The Webb image (red, orange, yellow, green, blue) of Stephan's Quintet - a visual grouping of five galaxies - features never-seen-before details of the results of the galactic interactions. The Chandra data (light blue) of this galaxy group has uncovered a shock wave that heats gas to tens of millions of degrees, as one of the galaxies passes through the others at speeds of around 2 million miles per hour. 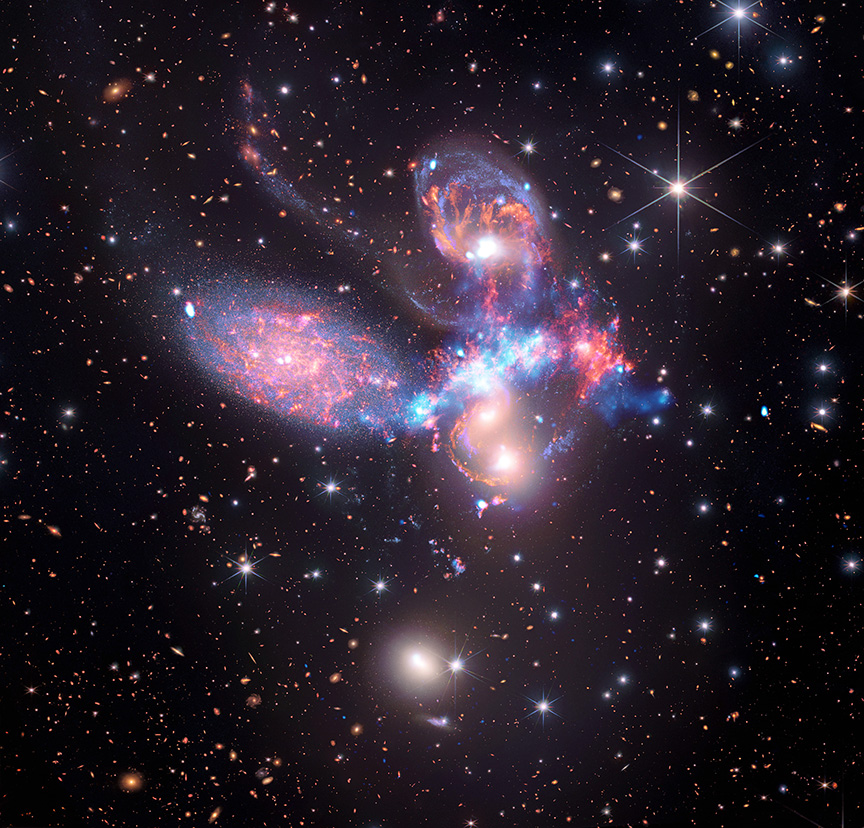 The Cartwheel Galaxy, located about 500 million light-years away in the Sculptor constellation, looks like the wheel of a wagon. This is the result of a high-speed collision between a large spiral galaxy and a smaller galaxy. 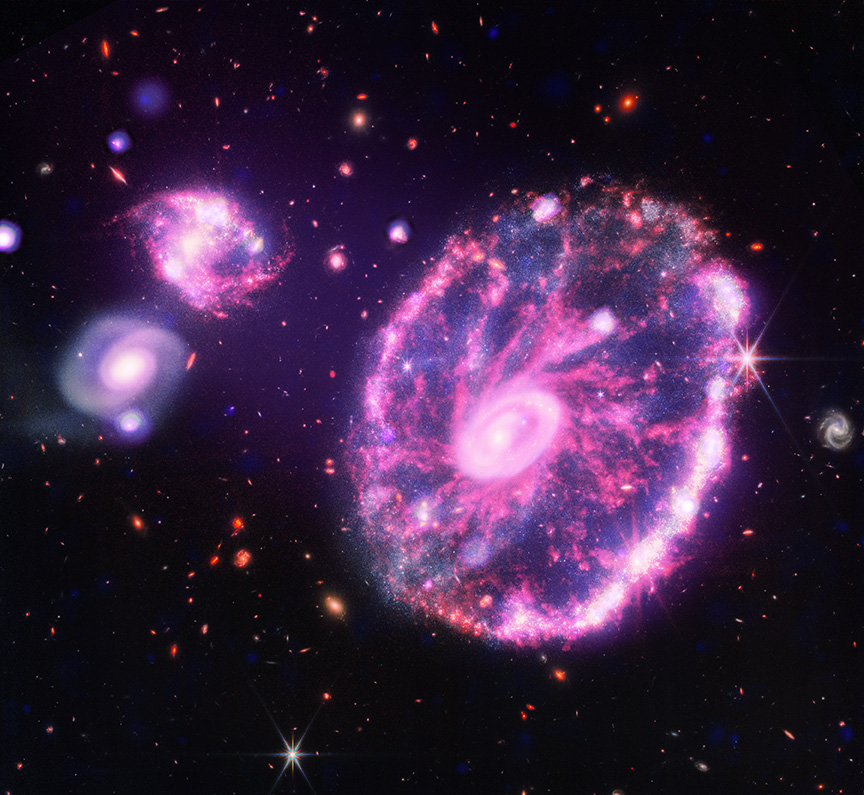 The Webb image of galaxy cluster SMACS 0723 shows thousands of galaxies, including the faintest objects ever observed in the infrared. 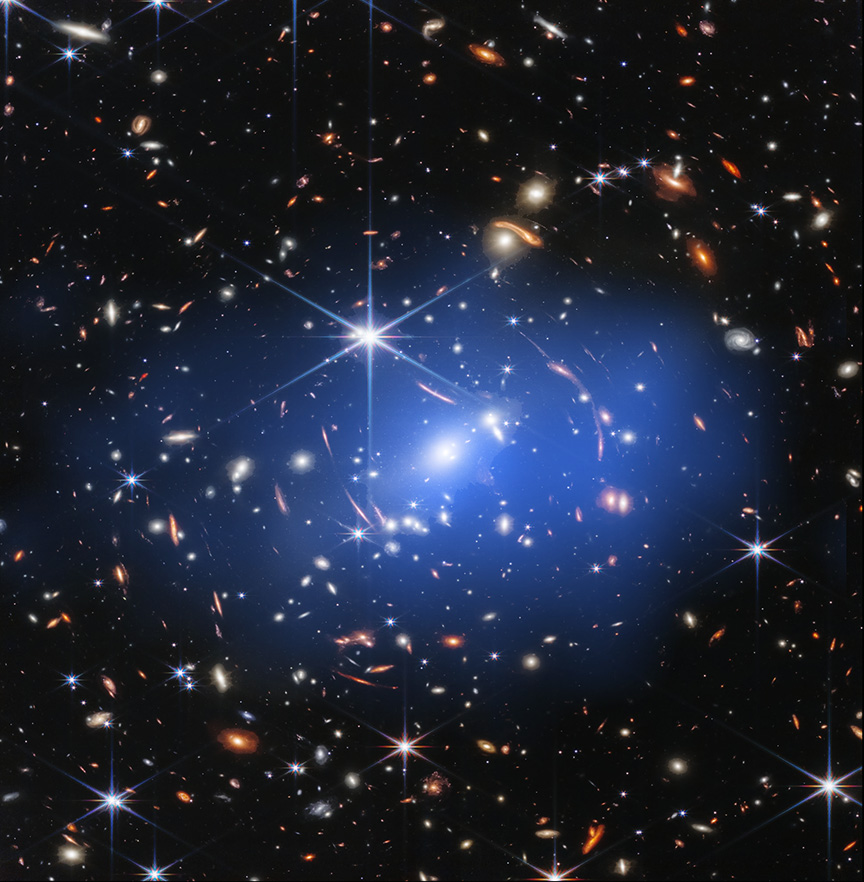 The Chandra data (blue) reveals gas with temperatures of tens of millions of degrees, possessing a total mass of about 100 trillion times that of the Sun, several times higher than the mass of all the galaxies in the SMACS 0723 cluster. 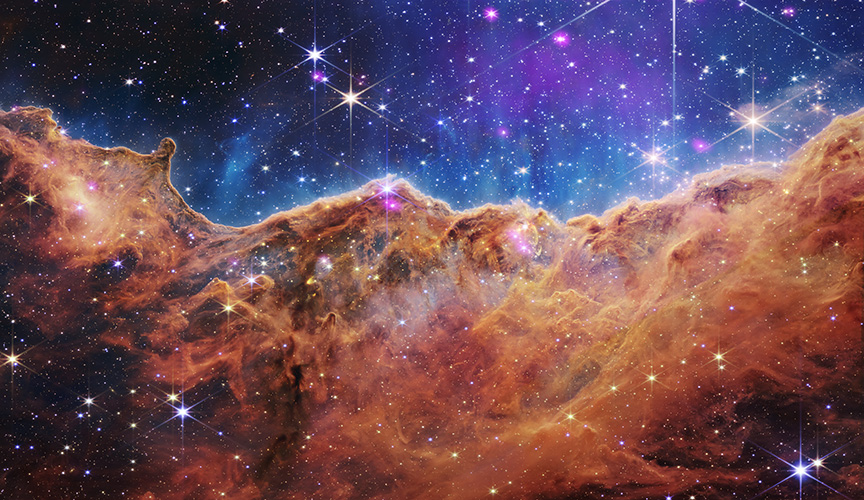 Chandra's data of the Cosmic Cliffs (pink) reveals over a dozen individual X-ray sources, which are mostly stars located in the outer region of a star cluster in the Carina Nebula with ages between 1 and 2 million years old.

More details can be found here.