Following its China debut, the Honor Band 6 was launched globally in January 2021 and there is no official word yet on whether the company will launch the fitness tracker in India. However, the device has already been certified by the Bureau of Indian Standards (BIS).

On the other hand, Xiaomi is reportedly working on the Mi Band 6, the successor to the popular Mi Band 5. As far as its India launch is concerned, late last month, the fitness tracker - carrying the model number XMSH15HM - was spotted on the BIS certification website, hinting that it will soon be landing in the country.

Xiaomi Mi Smart Band 6 receives the Indonesian Telecom certification. The band might soon launch in India as well, as it has already been certified by the Indian BIS.#Xiaomi #MiSmartBand6 #MiBand6 pic.twitter.com/jqPIelAHSi

As per the leaks, the Mi Band 6 will come with a SpO2 sensor for blood oxygen level measurement as well as a built-in GPS. The fitness band is also tipped to feature a bigger display and new activity modes such as Zumba, kickboxing and basketball, to name a few.

Talking about its predecessor - the Mi Band 5, the fitness band features a 1.1-inch AMOLED display with 2.5D glass on top and it has a 5ATM waterproof rating. The band is fuelled by a 125mAh battery that lasts up to 14 days and it supports magnetic charging.

The Honor Band 6 features a big rectangular 1.47-inch AMOLED display with 2.5D curved glass on top and more than 100 watch faces to choose from. The band is water-resistant up to 50 meters. 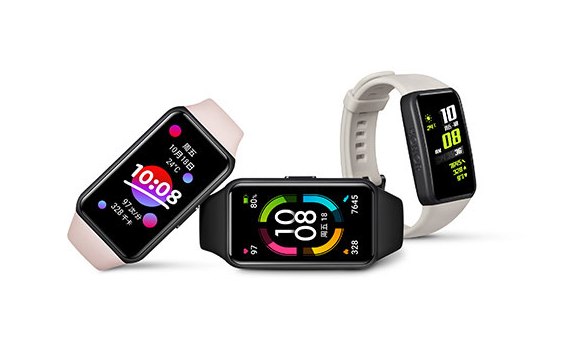 The Honor Band 6 packs a 180mAh that is claimed to last up to 14 days and it also supports magnetic charging. It is expected to be priced around Rs 2,500 in India.

Its&#160;abundantly clear now that as fintech cements its place in the financial sector, accelerated further by the COVID-19 pandemic, it could open the sector to new possibilities by harnessing the power of technology to deliver financial ...

Tectonic turns: How technology shaped healthcare over the decades

Tracing an episodic evolution, with technology at the interface of human and his health....

Mexican authorities said on Sunday that they were investigating a former governor of the Gulf Coast state of Veracruz for crimes he allegedly committed while in charge of the federal government workers social security body. The attorney gen...

Thirteen people, many of them children, drowned when their SUV plunged into an irrigation canal in a northern Philippine mountain city, police said Monday.Police said 2 of the 15 occupants of the crowded SUV survived the accident with injur...

Chinas exports to North Korea in March rose to a six-month high, with outbound shipments to its neighbour that month nearly 400 times more than January-February combined, in a sign of easing border restrictions imposed due to COVID-19. Chin...

Police in Austin, Texas, were searching on Sunday for a former deputy sheriff wanted in connection with the fatal shooting of three people at an apartment complex earlier in the day.The slayings, which followed a spate of mass shootings in ...