How music can help expectant mothers during pregnancy

Music provides pleasant ambience for all but it's more important for expectant mothers as besides ensuring pleasant environment for them it also directly and indirectly influences the unborn babies. There are various scientific findings to conclude the positive impact of music on health of expectant mothers as well as the holistic development of the fetuses.

The Mother, Not Patient! (#mothernotpatient) campaign of Devdiscourse to ensure pleasant ambience and increased happiness for expectant mothers finds ground in several scientific researches from throughout the world. These researches reinforce the argument of the campaign - #Mother, Not Patient! that the expectant mothers should not be addressed negatively but its the responsiblity of the family, medical fraternity and all the other stake holders to ensure positive environment for 'To Be Mothers' in their vicinity. The role of music in ensuring positivity among pregnant women is unparallel.

The scientific researches throughout the globe have now established that pleasant music have positive impact on the health of the expectant mother as well as her unborn baby. Thus music and singing, which have gained popularity as tension buster in workaholic professionals are increasingly being used by gynaecologists as medical prescription for the expectant mothers. Besides independent and institutional scientific researches, the United Nations Children's Fund (UNICEF) also recommends regular music to expectant mothers for a healthy pregnancy and healthier baby. The scientists have now proved that in the third trimester (6th to 9th months) of pregnancy, the fetus starts recognizing mother's voice, native language, rhythm and even the word pattern. As the eyes, nose and ears of the fetus are clearly visible in the second month of the pregnancy, some researchers suggest the impact of music and overall ambience on the fetus much earlier. Though the direct impact of music on development of the fetus has been established in the third trimester, the positive impact of music on pregnancy are innumerable as it creatives a pleasant ambience for the expectant mother which plays a direct role in the holistic development of the child. The role of music on the health of an expectant mother and her unborn baby could be summarized as under:

Music is considered a universal tension buster. As an expectant mother passes through many physiological and psychological changes during pregnancy, the problems like stress, tension and anxiety are common. These problems increase with the advancement of pregnancy among working women if they need to discontinue their job either due to problems related to commuting or health. According to a research published in 'Journals of Affective Disorders' in February, 2018, it was found that about 40 minutes of music session was beneficial for pregnant women in stress management. The study further concluded that the music therapy was also helpful in minimizing delivery pain. In the study, conducted on 236 expectant mothers in Taiwan in 2018, the expectant mothers administered with music therapy for 30 minutes per day for two weeks significantly reduced their stress, anxiety, and depression, compared with participants who did not. The study, conducted by researchers at the College of Nursing at Kaohsiung Medical University, was published in the Journal of Clinical Nursing.

Although the researches are still being carried out to find out and quantify the more impact of music during pregnancy, the medical professionals as well as scientists unanimously agree to one point - the health of an expectant mother is directly related to her unborn baby. As the music and signing are a proven mode of stress buster, they are helpful for both – expectant mother and unborn baby. Thus a stress free happy mother carries a healthier baby.

Depression is a psychological disorder which is mainly related to mood and adversely effects on how you think, feel and handle day to day activities. A prolonged depression may cause helplessness, worthlessness, alienation and complete isolation from society which sometimes lead to suicide. Though the causes of depression are many ranging from genetic to dietary to psychological and ambience, psychologists are unanimous on positive role of music in reducing depression and treatment of the patients suffering from depression.

As expectant mother's mental health has direct bearing on development of the child, regular listening of music is now considered a good remedy for pregnant women. Besides, music therapy also reduces the chances of several psychological disorders like autism in the baby and has been proved beneficial in treatment of the disease among children. 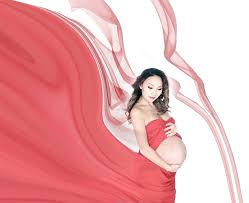 Though isomnia is increasingly becoming a problem among urban populartion, the lack of deep slepp during pregnancy adversely affects expectant mother and her unborn baby. The medicos are strictly against using sleeping pills for deep sleep. However, the expectant mothers sometimes use sleeping pills. The tendency is more among the women who occasionally or routinely use sleeping pills before they decide to be mothers. It is now proved that deep sleep is very much important for development of the fetus. A pleasant music is very much helpful in getting you deep sleep. Therefore, you don't need to rush for medical stores for your sleep but play a pleasant music and song of your interest to get peace and sound sleep.

Holistic Development of the Fetus

A study published in the 'International Journal of Pediatrics'concludes that the exposure of the expectant mothers to the music is beneficial for neonatal behaviour. It also suggests that the behavioral responses test the integrity of the neonatal nervous system at several levels including perception, afferent conduction, integration, conscious decision, and efferent motor apparatus. In fact, the music helps the development of the fetus both directly and indirectly. The scientists have noticed positive responses of the fetus for pleasant music and vice versa.

Music and IQ of developing Child

In an interview to UNICEF music expert Dr. Ibrahim Baltagi highlights the direct role of music in the development of the fetus. According to Dr. Baltagi, music can play an important role in the growth of the child, even before the birth. It has been proved that proper exposure to the music ignites all the areas of the fetus and helps in healthy growth. In another study in 2007, Vivette and Sarkar concluded that the high level of stress among expectant mothers during pregnancy could adversely affect the normal development of the child including brain function, behaviour and also the IQ level.

A study was conducted on expectant mothers in Turkey in the labour room while they were experiencing the labour pains. It was found that those administered with music therapy were experiencing less pain in comparison to those who were not given music therapy. The study published in the journal 'Science Direct' recommends that in order to facilitate women's coping with labor pain and improve their well-being with the activity during the labor, music therapy is an effective, simple and economical method. The role of music in reducing pain is not only helpful during delivery but also helps the pregnant women to avoid pain killers which has several health hazards on their health and also adversely affects the unborn baby.

Guatemalan Congress backs down on budget after protests

Guatemalas Congress backed down on Monday on a federal budget that drew angry protests, including the burning of part of the Congress building over the weekend. The new budget would have slashed social spending and was approved last week wh...

U.S. stocks closed higher in a choppy session on Monday as hopes for a COVID-19 vaccine lifted economically sensitive sectors such as energy and industrials, but a pullback in megacap shares curbed gains on the SP 500 and Nasdaq.Cyclicals l...

EXPLAINER-In Biden's foreign policy duo, he has a team - but not of rivals

A team of rivals it is not.Two of the top national security officials httpswww.reuters.comarticleus-usa-electionbiden-names-team-to-steer-u-s-foreign-policy-in-post-trump-era-idUSKBN2830EB President-elect Joe Biden named on Monday, Antony B...