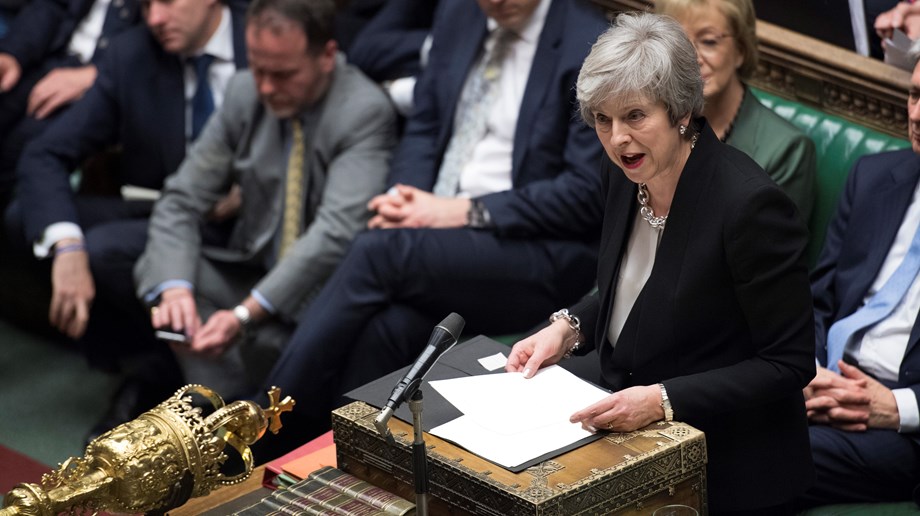 UK PM Theresa May has announced her decision to quit, triggering a contest that will bring a new leader to power who is likely to push for a more decisive Brexit divorce deal. May set out a timetable for her departure: She will resign as Conservative Party leader on June 7 with a leadership contest in the following week.

Britain should be prepared to walk out of the European Union without a deal if it is to negotiate a suitable exit agreement, British lawmaker and prime minister hopeful Boris Johnson said on Friday.

"We will leave the EU on October 31, deal or no deal," Johnson told an economic conference in Switzerland. "The way to get a good deal is to prepare for a no deal," said Johnson, a prominent leader of the Brexit campaign and former foreign minister who has said he wants to replace Prime Minister Theresa May as leader of the ruling Conservative Party.

The result of the contest to find a new leader of the Conservative Party to replace Theresa May as British prime minister is expected to be announced before Parliament breaks for its summer holiday, the party said on Friday.

"Successive rounds of voting will take place until a final choice of candidates to put to a vote of all party members is determined," senior Conservative figures said in a statement. "We expect that process to be concluded by the end of June, allowing for a series of hustings around the UK for members to meet and question the candidates, then cast their votes in time for the result to be announced before parliament rises for the summer."

A hard Brexit seems almost impossible to avoid after Prime Minister Theresa May said she would stand down, the acting spokeswoman for the Spanish government said on Friday.

"A hard Brexit seems a reality that is almost impossible to avoid," Isabel Celaa said in a press conference following a weekly cabinet meeting.

"The President very much liked and appreciated working with Prime Minister May. He will equally respect and establish working relations with any new prime minister, whomever it may be. Our position on the withdrawal agreement -- there is no change to that," Andreeva said.

Who can take over May's post to save UK from harsh Brexit?

Theresa May is set to trigger a contest next month that will bring a new leader to power who is likely to push for a cleaner break with the European Union. But who are the leaders that have experience required to do the job?

Also Read: Evaluating prospects for British PM as Theresa May steps down

Netherlands Prime Minister Mark Rutte on Friday said he had spoken to Britain's Theresa May to convey his thanks and respect after she announced she would step down on June 7.

"The deal reached between the European Union and Britain for an orderly Brexit remains on the table," Rutte said on Twitter.

"Ever since I first stepped through the door behind me as Prime Minister, I have striven to make the United Kingdom a country that works not just for a privileged few, but for everyone."

"The new Conservative leader needs to bring the party back together and provide real leadership and direction. He or she should immediately seek improved exit terms from the EU. We need to get Brexit done and move on from the divisions it has caused in the party and the country."

"As a party, we must come together to make a success of the next phase of our party's great story. Brexit is a process and compromise is needed to pass a Deal that works for everyone."

"Yesterday's elections will surely show that delivering Brexit is now more urgent than ever, and that will fall to a new Prime Minister. It's time to get on with the process of appointing one."

"The parliamentary arithmetic will be the same on June 10 as before. No majority for a general election. No majority for compromise. No MP majority for leaving the EU, ignoring the reality that yesterday the public voted with their behinds, by sitting on them."

The European Union will not offer whoever takes over as British prime minister a better Brexit deal, Irish Foreign Minister Simon Coveney said on Friday.

"From my perspective, I don't see the European Union offering any new prime minister a better or very different deal to what was on offer to Theresa May," Coveney told Ireland's Newstalk radio station after May on Friday said she would quit.

Actually felt a bit sorry for Theresa May at the end there. 🎙️😭 #trexit pic.twitter.com/zTKi9EU8LV

So many mixed feelings about #Trexit, none of them good.