A senior TDP politician Naramalli Sivaprasad is on the hospital bed. Sivaprasad is a former MP from Andhra Pradesh and is reportedly suffering from kidney ailment.

Sivaprasad was earlier admitted to Chittoor hospital and was recently shifted to Chennai Apolo after his health deteriorated.

Naramalli Sivaprasad is also an actor and was elected as a member of Lok Sabha in 2009. Sivaprasad has worked in films like Pilla Zamindar, Aatadista among others. He is known for his witty style of staging protests and is a popular figure in Telugu states.

Naramalli Sivaprasad had dressed up as Adolf Hitler, schoolboy, a magician, a woman and a washerman among others. 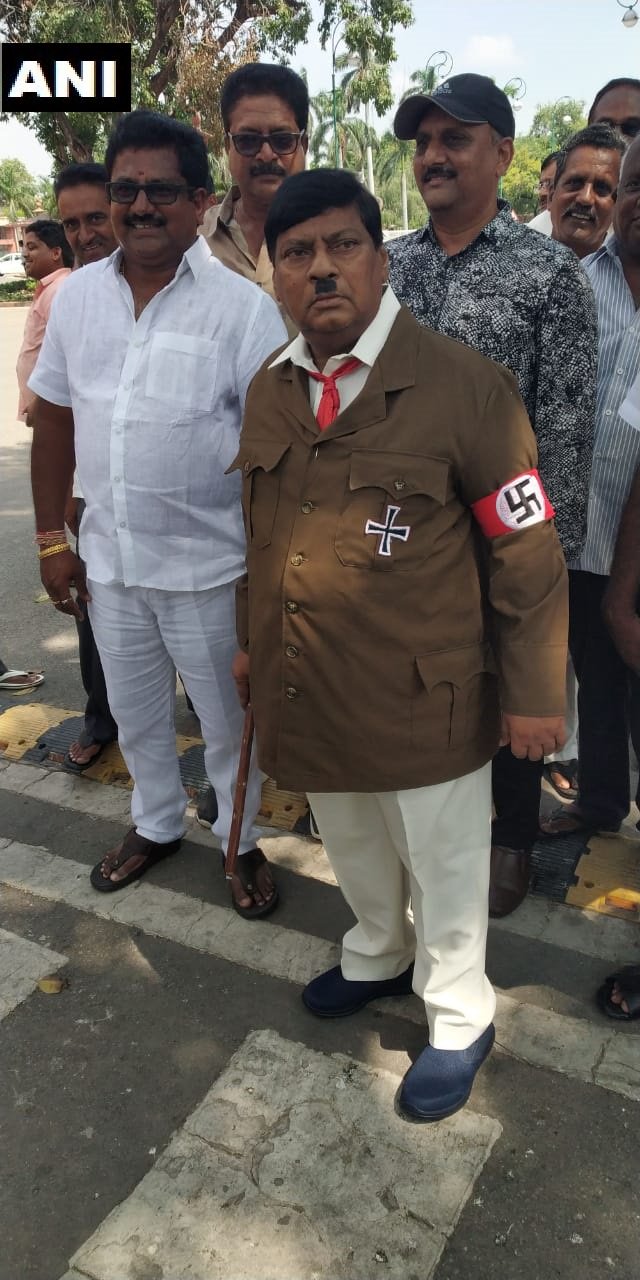 (Naramalli Sivaprasad as Adolf Hitler during a protest)

We reaffirmed our commitment to peace and security in Indo-Pacific region: Rajnath after Indo-US 2+2 talks.

We reaffirmed our commitment to peace and security in Indo-Pacific region Rajnath after Indo-US 22 talks....

Bharatiya Janata Party BJP leader Khushbu Sundar was detained by the police on Tuesday while on her way to Chidambaram. The BJP leader was on her way to protest against Viduthalai Chiruthaigal Katchi VCK leader Thol Thirumavalavans alleged ...