The James Webb Space Telescope's Fine Guidance Sensor (FGS) recently captured a view of stars and galaxies that provides a tantalizing glimpse at what the powerful telescope's science instruments will reveal in the future.

Developed by the Canadian Space Agency, the main purpose of FGS is to enable accurate science measurements and imaging with precision pointing. When the sensor captures imagery, it is typically not kept: given the limited communications bandwidth between the Lagrange point 2 (L2) and Earth, Webb only sends data from up to two science instruments at a time.

However, according to NASA, during a week-long stability test in May, it occurred to the team that they could keep the imagery that was being captured because there was available data transfer bandwidth. Webb scientists claim that the resulting test image, which represents a total of 32 hours of exposure time, is among the deepest images of the universe ever taken. 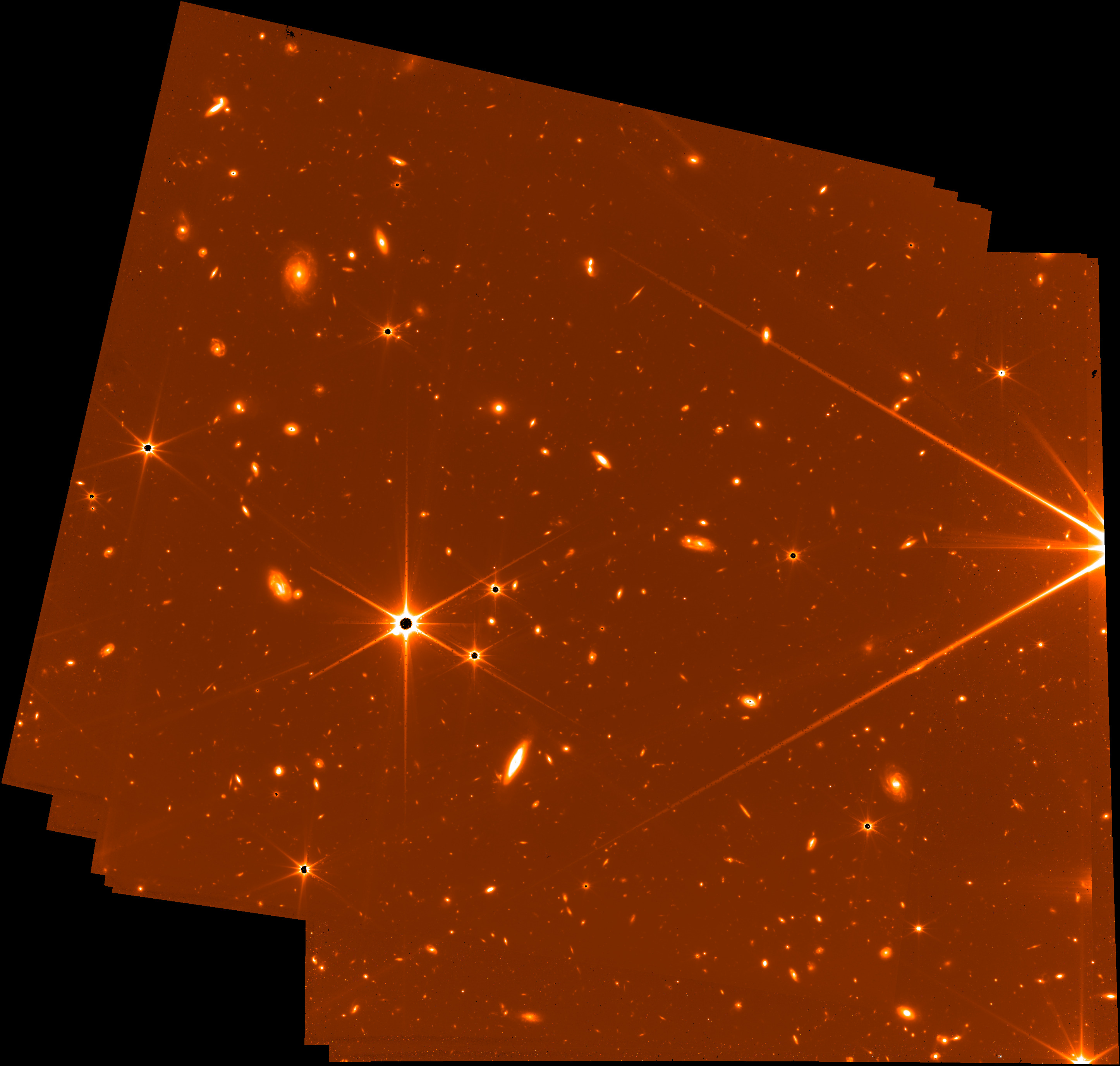 The test image (pictured above) was acquired in parallel with NIRCam imaging of the star HD147980. There are only a handful of stars and the rest of the objects are thousands of faint galaxies, some in the nearby universe, but many, many more in the distant universe.

"In this engineering test, the purpose was to lock onto one star and to test how well Webb could control its "roll" – literally, Webb's ability to roll to one side like an aircraft in flight. That test was performed successfully – in addition to producing an image that sparks the imagination of scientists who will be analyzing Webb's science data," said Jane Rigby, Webb's operations scientist at NASA's Goddard Space Flight Center in Greenbelt, Maryland.

According to NASA, the Fine Guidance Sensor will be used in every single Webb observation over the course of the mission's lifetime.

After Pakistan TV station taken off air for being critical of govt, its seni...

NASA’s SunRISE will be the largest radio telescope ever launched to detect, ...

Can the DRC Get a Better Deal on Its Immense Mineral Wealth?