NASA's Ingenuity Mars Helicopter and Perseverance Mars 2020 teams are looking into a small piece of foreign object debris (FOD) that ended up on the tiny rotorcraft's foot during its 33rd flight on the Red Planet on September 24, 2022.

A bit of debris is seen attached to one of the rotorcraft's landing legs, then drifting back to the Martian surface, in the footage from the navigation camera (Navcam) of NASA's Ingenuity.

"The FOD is seen in Flight 33 Navcam imagery from the earliest frames to approximately halfway through the video, when it fell from the leg and drifted back to the Mars surface. All telemetry from the flight and a post-flight search and transfer are nominal and show no indication of vehicle damage. The Ingenuity and Perseverance Mars 2020 teams are working to discern the source of the debris," NASA-JPL wrote in a blog post on Friday.

The Sept. 24 flight was Ingenuity's third flight for September aimed at repositioning of the solar-powered helicopter.

There's something on your foot, #MarsHelicopter! 👀We're looking into a bit of debris that ended up on Ingenuity's foot during its latest aerial commute. As shown in the GIF, it eventually came off and did not impact a successful Flight 33. https://t.co/S78Chpo2uO pic.twitter.com/oFnRUBy4aq

The Mars 2020 team also faced a bit of hard luck in collecting samples of Martian rock. Last week, the team learned that the Perseverance rover's Chiniak abrasion attempt at the base of the Jezero delta was unsuccessful. In the images acquired by the rover's SHERLOC WATSON camera, the once coherent rock target was broken.

In addition to investigating what information could be extracted from the broken rock surface, the scientists and engineers immediately selected a new target for a successful abrasion just a couple of days later. 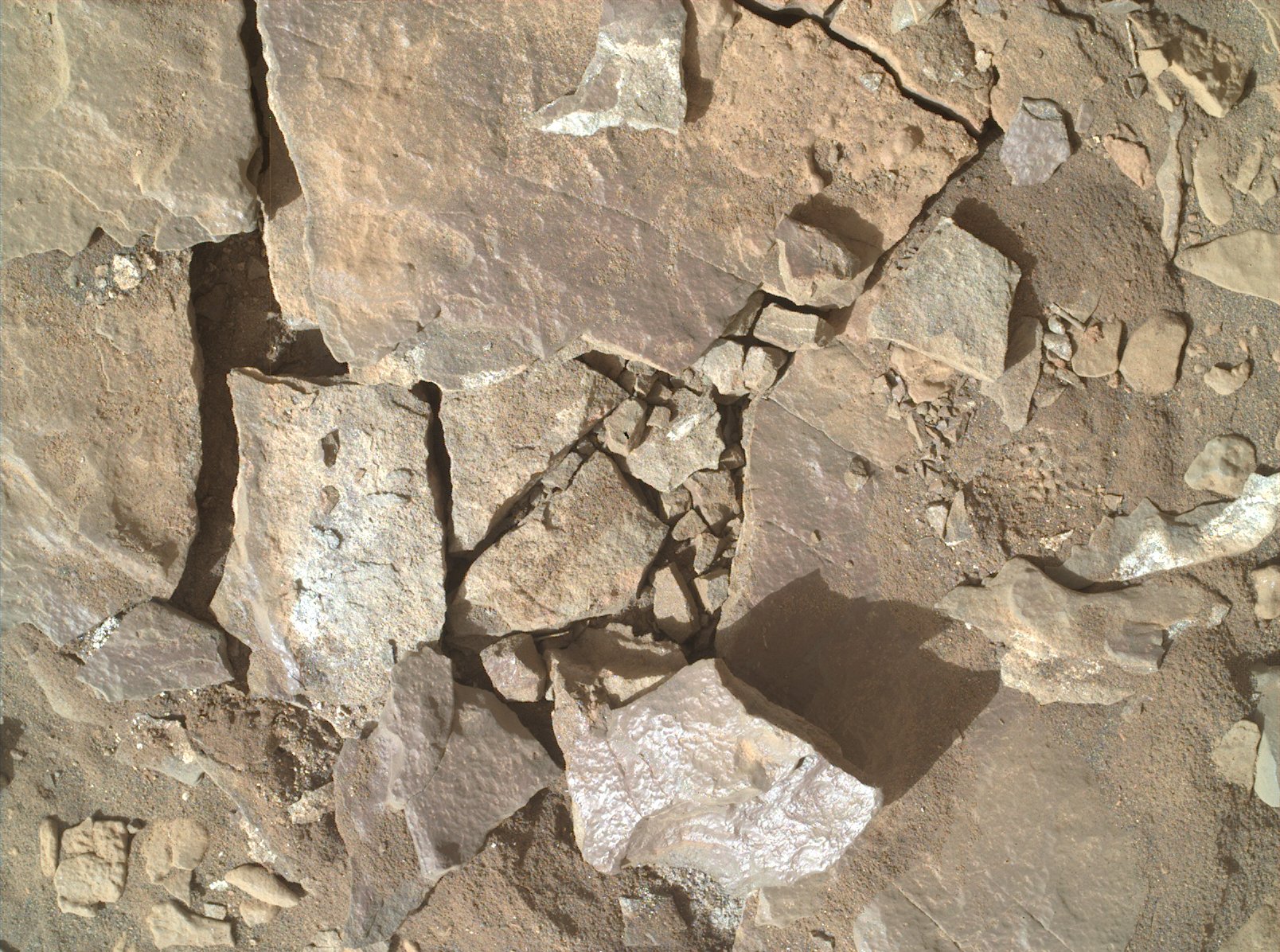 The unsuccessful abrasion attempt at Enchanted Lake not only provided information about the cohesiveness and strength of the rock but also provided the Mars 2020 team with the opportunity to observe and compare both freshly broken and weathered rock surfaces.

"In the science world, unsuccessful experiments can often be seen as failures. The work of the Mars 2020 Science Team has taught me how to view these scenarios as a learning opportunity, regain momentum towards a new goal, and never lose sight of the bigger picture," Eleanor Moreland, Ph.D. Student at Rice University, wrote in a blog post. Eleanor has worked on the Mars 2020 Science Team for about a year now.