Midfielder Haruna Niyonzima has been recalled in Rwanda's national football team for the match against Seychelles in the preliminary round of the FIFA World Cup qualifiers. Niyonzima has not been a part of the Amavubi squad from the last 2 years.

Amavubi provisional squad for the qualifier matches against Seychelles was announced on Monday.

The Pirates of Seychelles will host the first-leg at the People's Stadium and Rwanda will host the decider match at Kigali Stadium on September 10. 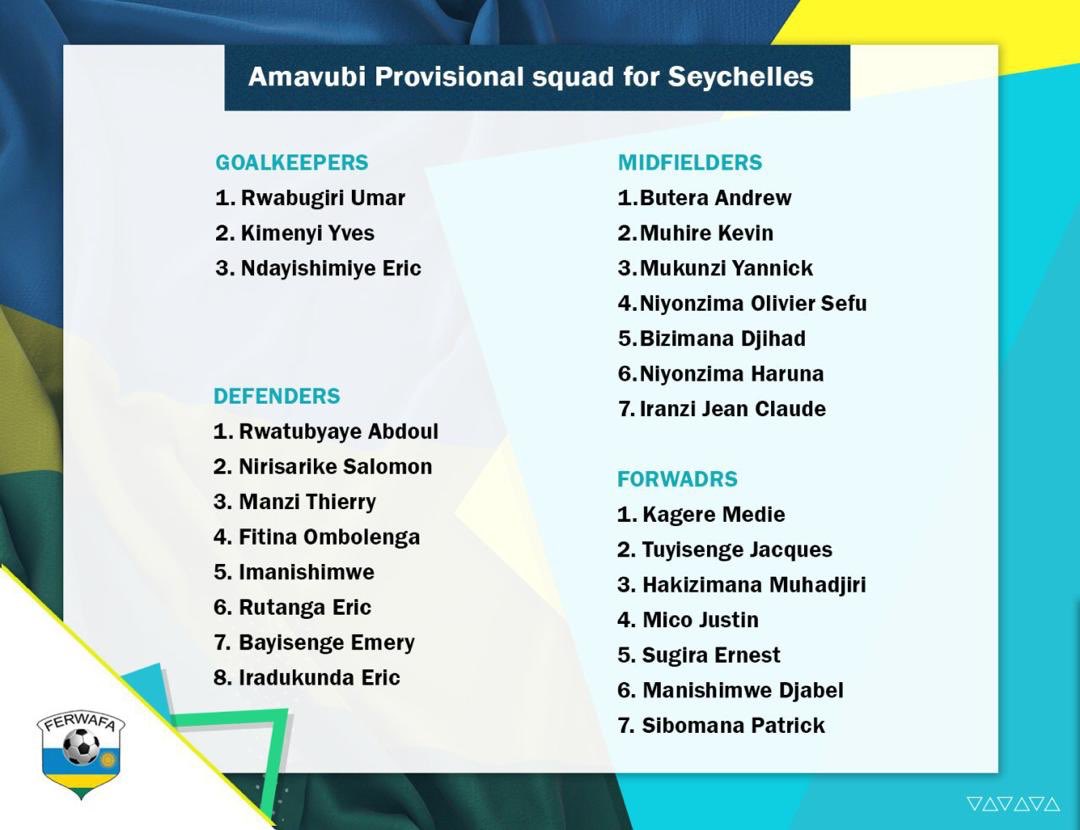 Haruna Niyonzima has also played as a midfielder for Tanzanian club Simba in his career as a footballer.

Nuclear power should be discussed over energy policies to curb emissions

2020 has seen some of the most horrific incidents of animal-directed violence in India. The only silver lining - if you will - is the wave of backlash that not only sparked awareness for the prevention of animal cruelty, but also a sensibil...

Democrat Joe Biden maintains a 9-point lead over President Donald Trump after their combative first debate, according to ReutersIpsos polling that shows most Americans have settled on their choice for president little more than a month befo...

Amazon.com Inc on Thursday said more than 19,000 of its U.S. frontline workers contracted the coronavirus this year, or 1.44 of the total, a disclosure sought by labor advocates who have criticized the COVID-19 response by the worlds larges...

President Donald Trump opposes changing the rules for the remaining two presidential debates against Democrat Joe Biden, but his campaign says he will attend regardless. Tuesdays opening debate in Cleveland quickly turned chaotic, with freq...

Armenian Prime Minister Nikol Pashinyan accused Turkey of once again advancing on a genocidal path and said Ankaras military was directly leading an offensive by Azeri forces against ethnic Armenian forces around Nagorno-Karabakh. Dozens of...