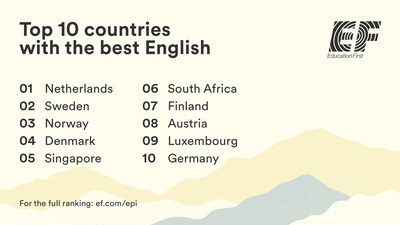 "English remains the undisputed global language of business. Our ninth edition of the EF EPI is more comprehensive than ever, providing valuable insights for governments to evaluate their language learning policies and the return on their investments in language training," said Dr. Minh Tran, EF Executive Director of Academic Affairs.

The EF EPI is based on test scores from the EF Standard English Test (EF SET), the world's first free standardized English test. The EF SET has been used worldwide by thousands of schools, companies, and governments for large-scale testing.

Key findings of the EF EPI 2019 include:

The EF English Proficiency Index for Schools (EF EPI-s), a companion report to the EF EPI, was also released today. The EF EPI-s examines the acquisition of English skills by secondary and tertiary students from 43 countries.

The EF EPI and EF EPI-s reports and country/region fact sheets are available for download at http://www.ef.com/epi.

EF Education First is an international education company that focuses on language, academics, and cultural experience. Founded in 1965, EF's mission is "opening the world through education." With more than 600 schools and offices in over 50 countries, EF is the Official Language Training Partner for the Tokyo 2020 Olympic and Paralympic Games. 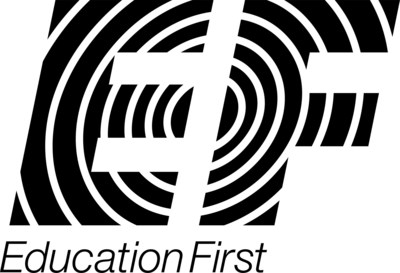 Zohra Sehgal: Google doodle on an actress who breathed life through dance & cinema

Kenya: TCS to punish teachers who fail to report schools before September 28

Dressed in white lab coats, medical scrubs and face masks, hundreds of junior Spanish doctors took to the streets of Barcelona on Tuesday to demand better working conditions as they struggle against a second wave of coronavirus infections.W...

Himachal native held with charas worth Rs 34,000 in Goa

A man from Himachal Pradesh washeld on Tuesday with charas worth Rs 34,000 in Goas Morjimbeach, Inspector Jivba Dalvi saidHe identified the accused as Chandar Mani 30....

Seven people were arrested for consuming ganja in a raid conducted within the Mangaluru division of excise department on Tuesday, official sources said. The raid was carried out under the instructions of joint excise commissioner Shailaja K...

Chennai, Sep 29 PTI The board of India Cements Ltd has approved the re-election of Rupa Gurunath as whole time director for a five year period, with effect from March 5. The shareholders approved the appointment at the 74th Annual General M...