Little has been revealed about The Sims 5, but the video game aficionados are ardently waiting for its release. There may not be any official announcement from the developers on The Sims 5 game and release date, but this doesn't stop gaming enthusiasts to imaging, discussing and predicting it.

Fans believe that The Sims 5 will surely be released at some time in future. The gamers strongly have an opinion that The Sims 4 may be receiving adequate updates including expansions, but it's time for the Electronic Arts to step up their game and focus the new game into the market. The Sims 4, which was initially released in September 2014, had a five years gap after The Sims 3's release.

Many gamers earlier thought that The Sims 5 could be launched in 2020. But we believe its creation was affected due to the prevailing Covid-19 pandemic. Thus, we can't expect The Sims 5 at least in this year as the world is still badly combating against the deadly coronavirus.

Without directing taking the name of The Sims 5, CEO of Electronic Arts, Andrew Wilson earlier hinted that new Sims franchise is in the pipeline. "Typically, what The Sims has done is really focus on fulfilling the motivations of inspirations, escape, creation, self-improvement, and not necessarily focus as much on social interaction and competition," Andrew Wilson said. From his statement, we get the clarity that The Sims 5 is in production.

"As Maxis continues to think about The Sims for a new generation – cross-platforms and a cloud of a neighbourhood world, you should imagine while we will always stay true to our inspiration, escape, creation, self-improvement, motivations," Wilson explained, adding that such elements will "become a part of The Sims experience in the years to come."

We have recently come across a popular game-buying site where the name 'The Sims 5' has already been leaked. Some media outlets are considering it fake, but we don't think likewise. The common abbreviation N/A (which means not applicable or not available) is also mentioned at the bottom as The Sims 5 is yet to be launched. However, this also indicates the EA is in the process of its making. 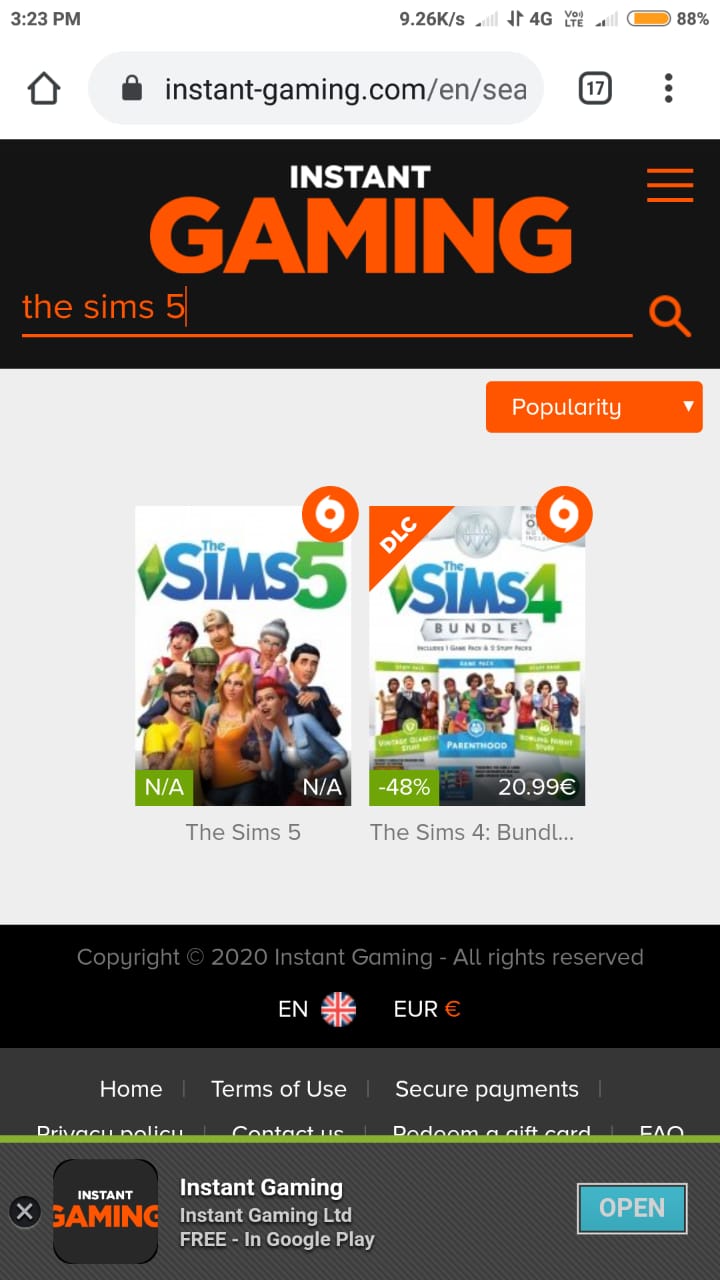 According to Otakukart, The Sims 5 will support major online features that will allow the players to connect with their friends and sync their game seamlessly. Even the features of The Sims 4 will be revamped with open-world gameplay along with full support to the customization of characters, vehicles and more.

The video game aficionados are expecting The Sims 5 to be released in 2021 with an average price of £50 on consoles. Stay tuned to Devdiscourse to get the latest updates on the video games.