Donkeys play a crucial role in the economy as well as the daily life of several African countries. However, the increasing market for Chinese anti-aging and fertility medicine Ejiao, which is made from donkeys’ hides, is causing illegal slaughtering of the animal that is crippling several African economies.

The age-old Ethiopian adage – If you don't have a donkey, you are a donkey – seems to be a perfect proverb to highlight the importance of donkeys in the economy as well as the everyday life of Africans. However, for a couple of years, the slaughtering of donkeys is being conducted on such a large scale that it has triggered a public movement to save the progeny of the animal. This slaughtering is induced for a single purpose – peeling the skin of black donkeys. The hide of black donkeys is exported to China for making popular Chinese anti-aging and fertility medicine – Ejiao. According to an estimate, the demand of Ejiao is so high in the Chinese market that it requires slaughtering of about 5 million donkeys every year. The demand for the hide of black donkeys is higher in the market.

'When donkeys are stolen or killed, women are turned into donkeys," reads a slogan scribed on placards held by the protesters in Kenya. But, this spirit of integrating the animal with daily household activities is being crushed by the lust of Chinese people to look young and improve fertility. The medicine - Ejiao - is used to remove wrinkles in the skin, aphrodisiacs and also administered on women to minimize chances of miscarriage and cure for irregular menstruation.

Besides, the fear of humans from symptoms of aging which symbolizes proximity to death is also a major cause of the popularity of the medicine. A person's skin, teeth, the color of hair and appearance are universal parameters for aging. However, hypertension, the lust of looking young, handsome/ beautiful have now become inherent to human behaviour. All these thoughts and worries are leading the market and causing slaughtering of donkeys, preferably black donkeys, in African countries. According to a report of Chinese state-run news agency Xinhua, around 4 million donkey hides are needed every year to produce enough ejiao for the Chinese market but the domestic supply of donkeys in China is less than 1.8 million. This gap is filled by importing donkey hides for which Africa is an easy destination. Furthermore, statistical reports have estimated that the global skincare market is growing fast and would reach US$189.3 billion by 2025. Besides, the overall market of anti-aging products is estimated to grow with a CAGR of 5.7 percent between 2018 to 2023. This forecast includes all kinds of beauty products related to skin, hair and anti-aging products.

The problem of illegal slaughtering in Africa is now causing a drastic decrease in the population of donkeys. According to data with the Government of Kenya, the population of donkeys in the country has decreased from 1.8 million to 1.2 million in the past decade. China is presently a country of the greying population. Therefore, the market for anti-aging medicines is increasing. According to a report, the number of donkeys in China has decreased from 11 million to 6 million in the last 20 years. China is now dependent on imports for its requirements of donkey hides. Besides legal import, the smuggling of donkeys is also very high. In a report, the British Charity has concluded that the demand in China for traditional medicine ejiao has left the global population of the animal in crisis. The report has estimated that the global population could be cut by half in the next five years if governments do not intervene. Besides Africa, the population of the donkeys is also decreasing in South American and South Asian countries. 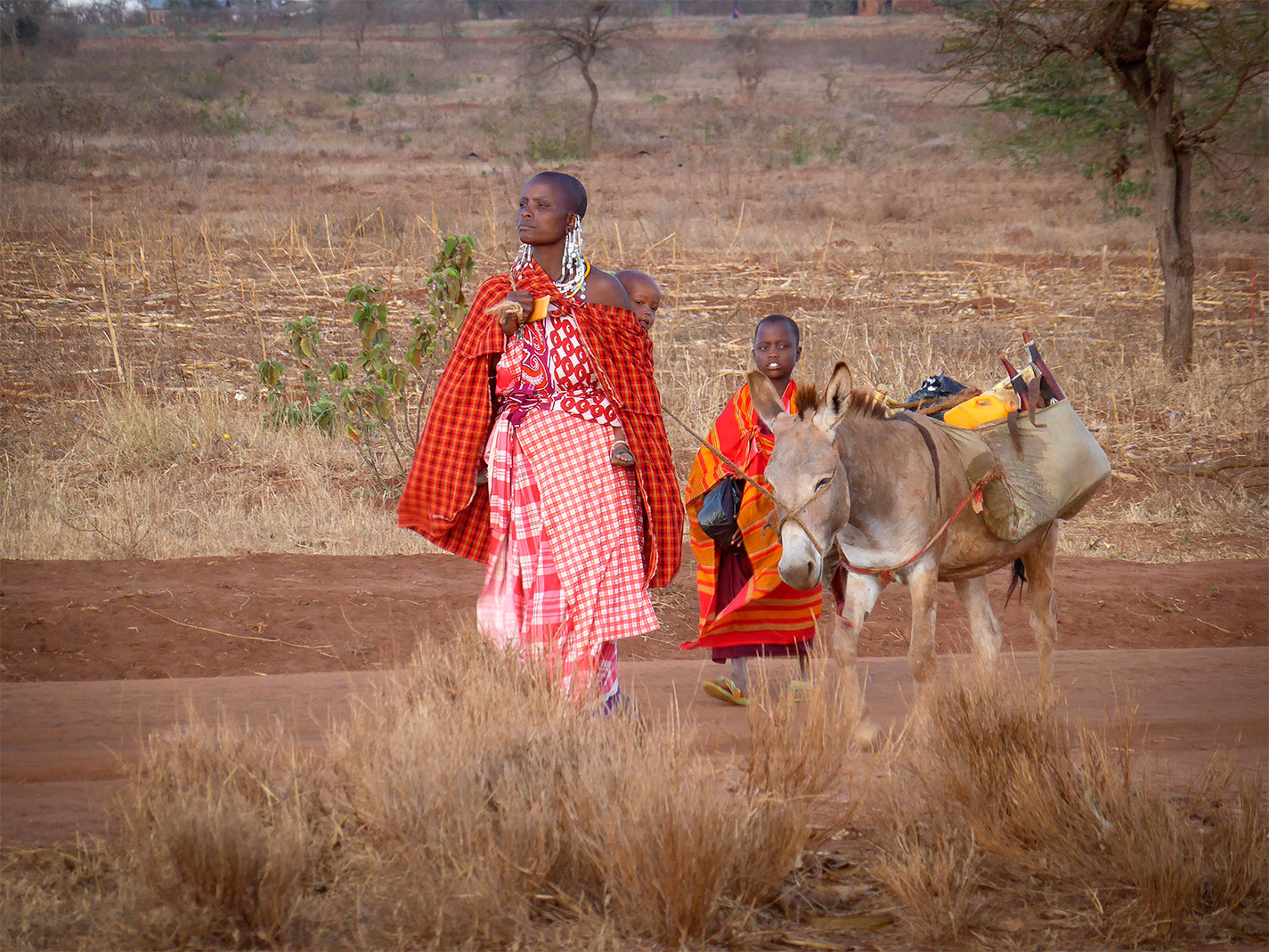 How important a donkey is for Africans?

In Kenya, domesticating a donkey means access to water as the animal is used to fetch water from distant water bodies and tube wells. Besides, it is used in tilling agriculture land and transportation of agricultural produce, food and other commodities to and from local markets. The protection of animals is, therefore, a key consideration within disaster preparedness and resilience. In several African nations, the women are responsible for fetching water for the family, tilling land and transportation of daily use food items and commodities. By enabling women to be economically active, domesticating donkeys also increases the community status of African women. This economic capability can prevent the worst forms of destitution for lone women, whether working in rural or urban settings. Donkeys provide an additional income to enable access to education for children and improve their living standards. Thus the donkeys indirectly help in achieving several SDGs (Sustainable Development Goals) set up by the United Nations for the year 2030 (SDG 2030). But the large scale slaughtering of donkeys in Africa may have an adverse impact on SDG 2030 in African economies.

Though ejiao is an old medicine of China, its use as an anti-aging and fertility drug is a new phenomenon. The medicine is used in soups, eaten in the form of cakes, and also in snacks. Presently, it is also available in the form of chocolates in the Chinese market in which red dates (Jujube) are coated with ejiao. This medicine is recommended by Chinese medicine practitioners and is also procured online.

In a recent decision on February 25, the Government of Kenya repealed the law of 2012 that legalized the slaughtering of donkeys. The decision came in the light of an investigative report of PETA that revealed the cruel face of donkey slaughtering, pressure from animal rights activists and public movements. An online petition signed by over 200, 000 animal lovers to press the government for complete prohibition of illegal slaughtering of donkeys was also submitted to the government. The animal rights organizations have been organizing protests to prevent illegal slaughtering of labour donkeys.

However, only the official ban would not solve the problem because the lust for quick money has taken a form of organized smuggling. The donkeys are stolen from farmers and sold to smugglers for slaughtering. Meanwhile, donkey slaughtering is continuing unabated in several African countries such as Botswana, Ethiopia, Burkina Faso, Mali, Niger, Senegal, Tanzania, and Uganda to send their hides for Chinese people. There is an urgent need to launch a united effort by African countries against illegal slaughtering of donkeys that are a crucial part of the African economy and daily life. The pressure should also be mounted on China to ban Ejaio production and its use. This is the only way to save donkeys from such targeting slaughtering.

Rethinking Rural Livelihoods in the Times of COVID-19

The reverse migration caused by COVID 19 pandemic has put an additional burden of about one crore people on Indian villages particularly in the states of Uttar Pradesh, Bihar, Bengal and Odisha. Besides increasing the risk of spreading the ...

‘Discounted Deaths’ and COVID 19: Anthropology of Death and Emotions

Death is a social event rather than the mere cessation of biological functions. As seen by anthropologists, death is not just physical but intensely social, cultural, and political....

Generally, it has been observed that the majority of the academicians in higher education institutions neglect the wisdom of community people and throw their weight around thinking that they know everything and the community knows nothing. ...

The system, if implemented effectively, will allow Pakistans revenue service to combat the illicit trade in tobacco products and potentially add hundreds of millions of dollars to the states budget each year. ...

FACTBOX-Where do Trump and Biden stand on tech policy issues?

The regulation of big technology companies including Facebook Inc and Alphabet Incs Google has been a hot button issue ahead of the U.S. presidential election on Nov. 3.Here is a look at the stances of Republican President Trump and his lik...

A total of 685 Indian nationals stranded in Sri Lanka due to the COVID-19 linked international travel restrictions were evacuated on Monday from the island nation onboard an Indian Navy warship. INS Jalashwa, carrying 685 people, including ...

MakeMyTrip lays off 350 employees due to COVID-19 impact

Online travel firm MakeMyTrip has laid off 350 employees due to the impact of the COVID-19 pandemic on its business. Most of the fired employees are in international holidays and related lines of business, according to sources.In an email t...