NASA's Curiosity Mars rover continues to send stunning views from the Red Planet's Gale Crater as it transits from a clay-rich region to one filled with a salty mineral called sulfate.

Gale Crater is a large impact basin with a massive, layered mountain in the middle, formed when a meteor hit the Red Planet around 3.5 to 3.8 billion years ago. The rover will soon drill the last rock sample it will take in the transition zone, providing a more detailed glimpse into the changing mineral composition of these rocks.

The rover captured the above view of layered, flaky rocks believed to have formed in an ancient streambed or small pond. The six images that make up this mosaic were captured using Curiosity's Mast Camera, or Mastcam, on June 2, 2022, the 3,492nd Martian day (sol) of the mission.

Stunning views captured by @MarsCuriosity 📸The rover is in a transition zone that is proving to be scientifically fascinating, revealing clues about Mars' watery past. https://t.co/l5C22EJYJS pic.twitter.com/DAcq71mQHn

On May 19, 2022, the 3,478th Martian day of the mission, NASA's Curiosity rover captured evidence of rock layers that built up as windblown sand accumulated in some areas and was scoured away in others in the ancient past. This panorama is made up of nine individual images and was captured at a location nicknamed "Las Claritas" using the rover's Mastcam. 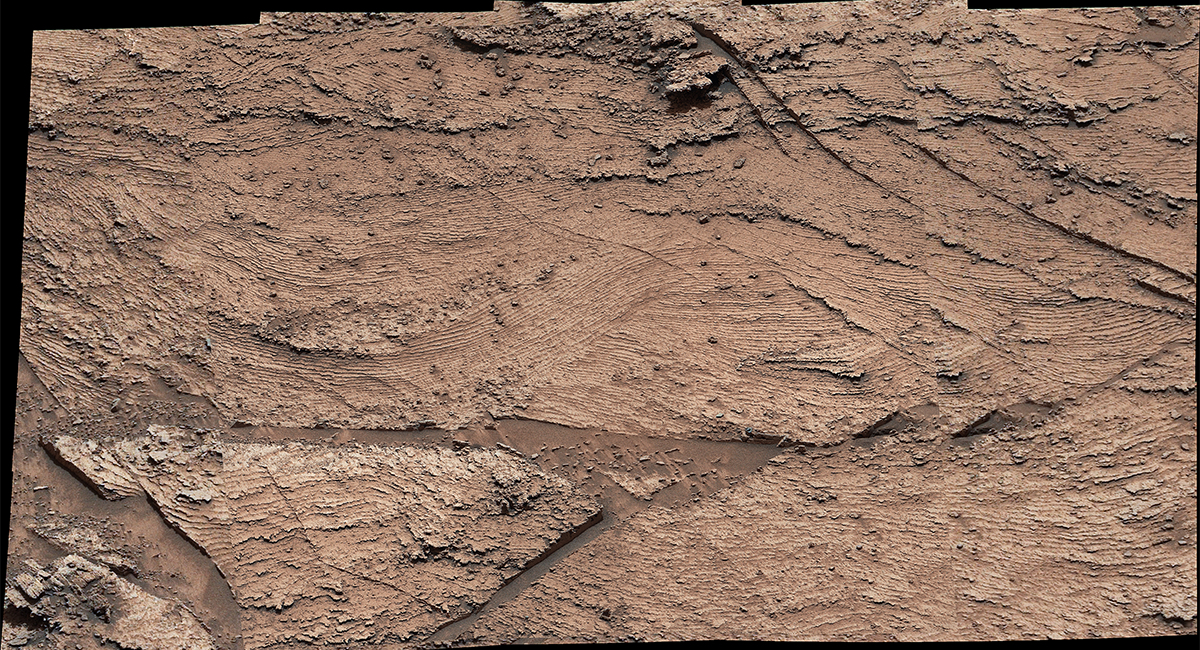 Another stunning view captured by the rover is of a sulfate-bearing region. The dark boulders near the center are thought to have formed from sand deposited in ancient streams or ponds. Behind the boulders is a mountain that makes up part of the sulfate-bearing region - layers within this region can be seen as stripes across the mountainside. According to the mission team, these layers represent an excellent record of how Mars' water and climate changed over time. This view was captured on May 2, 2022, the 3,462nd Martian day of the mission.