Huami Amazfit GTR vs Mi Smart Band 4: Which one to go for?

Xiaomi-backed brand Huami has launched the Amazfit GTR smartwatch that offers up to 24 days of battery life, in India. The Chinese wearable maker has released only Amazfit GTR 47.2mm display variant and not the 42mm model. Well, Xiaomi's Mi Smart Band 4 is also gearing up to hit the Indian market with an Amazon teaser revealing that the much-anticipated band will come in four more colors, four more music, and four more fitness.

Huami and Mi are among the most popular wearable brands that never fail to fascinate users with attractive features. Here's a look at how the 47mm Huami Amazfit GTR smartwatch stacks up against the Xiaomi Mi Smart Band 4 that is yet to make its way to the Indian market.

The Huami Amazfit GTR measures 47.2 x 47.2 x 10.75 mm, weighs approx. 48 gm (stainless steel) and comes with a dual crown and circular face. The interchangeable strap is made from Fluororubber, and leather which is 22mm wide. It also has two physical keys (power and function button) by the side for easy navigation.

The Mi Smart Band 4 measures 46.9 x 17.9 x 12.9 mm, weighs 22.1 gm and comes in capsule design. The wrist band is made from thermoplastic polyurethane which is 18mm wide. It has no physical buttons but a capacitive button is present at the extreme end of the display.

On the design front, the Mi Smart Band 4 weighs 25.9g lighter and has no physical buttons like Amazon GTR. Also, the former's wrist band is 4mm narrower than the latter which makes it better.

The Huami Amazfit GTR features a 326ppi 1.39-inch AMOLED display with 454x454-pixels resolution and is waterproof to a depth of 50 meters. The screen is guarded by Corning Gorilla 3 tempered glass with Anti-fingerprint coating. Huami has also added the Always-On display feature to the Amazfit GTR. 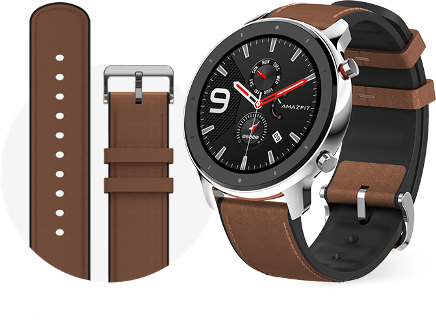 The Mi Smart Band 4 sports a 282ppi 0.95-inch colorful AMOLED display with 120×240 pixels resolution and is water-resistant up to 50 meters. It comes with 2.5D tempered glass with anti-fingerprint coating for screen protection. 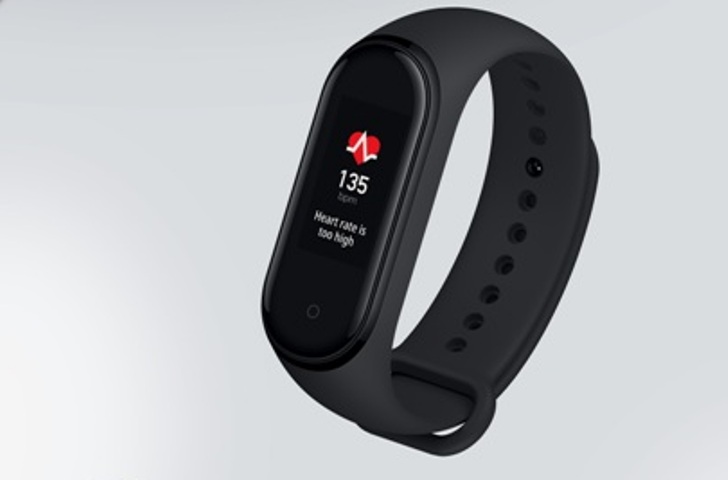 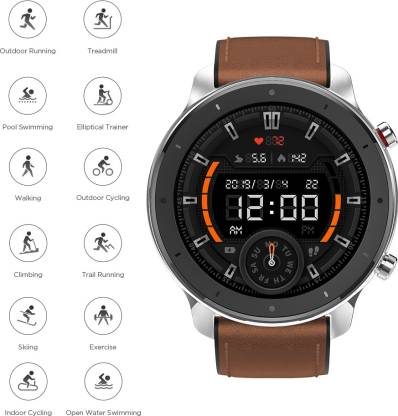 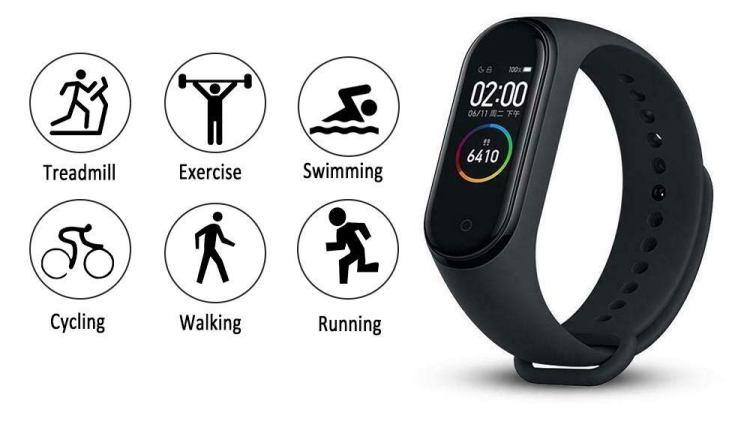 Both the wearables share many similar features, however, the Amazfit GTR lacks an in-built microphone for voice-commands. On the other hand, the Mi Band 4 lacks an inbuilt-GPS, compass and supports only six sports mode as compared to the 12 modes in the Amazfit GTR.

The Huami Amazfit GTR is equipped with a 410mAh Li-polymer battery that the company claims will last 24 days of regular activity, up to 74-days in basic watch mode and 40 hours with continuous GPS usage on a single charge.

The Huami Amazfit GTR is available in stainless steel and aluminum versions and is priced Rs 10,999. However, the 42mm display version is available in Cherry Blossom Pink, Moonlight White, Starry Black, and Coral red color options.

The Mi Smart Band 4 is available in black, orange and navy blue color options at a starting price of 169 Yuan or roughly Rs 1,700. The Xiaomi Mi Band 4 is also available in the NFC version and Avengers limited edition series in China.

If you want a premium-looking smartwatch-cum-fitness tracker with ultra-long battery life, then Amazfit GTR will be good choice. But if you are hunting for an inexpensive fitness band rather than a smartwatch then the Mi Smart Band 4 is the best option as it offers a lot of health tracking and fitness features at an unbeatable price.

Nuclear power should be discussed over energy policies to curb emissions

2020 has seen some of the most horrific incidents of animal-directed violence in India. The only silver lining - if you will - is the wave of backlash that not only sparked awareness for the prevention of animal cruelty, but also a sensibil...

The U.S. Transportation Department said Thursday it fined Emirates airline 400,000 for operating flights in parts of prohibited Iranian airspace in 2019. The flight was carrying the JetBlue Airways code and therefore subject to U.S. regulat...

Armenia recalls ambassador to Israel over arms sales to Azerbaijan

Armenia said on Thursday it had recalled its ambassador to Israel for consultations over Israeli arms sales to Azerbaijan. Azerbaijan has acknowledged using Israeli-made weapons in its fighting with ethnic Armenian forces around Nagorno-Kar...

Wall Street closed higher at the end of a whipsaw session on Thursday as investors juggled hopeful and pessimistic news on the progress of stimulus talks Washington amid signs of waning momentum of economic recovery from the pandemic recess...