The European Space Agency (ESA), in close collaboration with NASA, is scheduled to launch the Solar Orbiter, a mission dedicated to solar and heliospheric physics in February 2020.

From multiple lunar and solar missions to commercial space flights, 2020 seems to be the beginning of a new era in space exploration. Leading space agencies including the National Aeronautics and Space Administration (NASA), European Space Agency (ESA) and private aerospace companies like Elon Musk's SpaceX and Virgin Galactic are gearing up to launch space exploration missions this year.

Here are a few of the much-anticipated space missions taking place in 2020.

The Mars 2020 rover mission, a part of NASA's Mars Exploration Program, will probe a region of the Red Planet for evidence of past life where the ancient environment may have been favorable for microbial life. As part of the investigation, it will collect core samples of soil and rock, and cache them on the Martian surface for their return on a potential future sample-retrieval mission.

These samples could be analyzed by scientists in laboratories for evidence of past life on Mars and possible health hazards for future human missions. 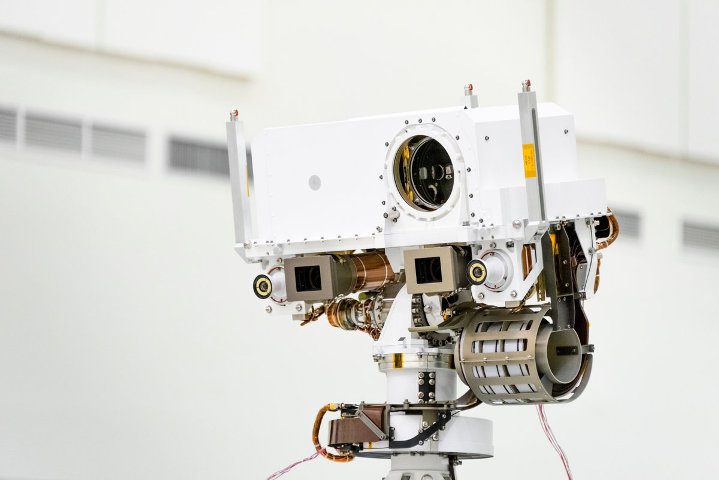 The rover will use the two scientific instruments mounted on its robotic arm to search for signs of past life. These instruments will provide high-resolution imaging and three types of spectroscopy to determine where to collect samples by analyzing the chemical, mineral, physical and organic characteristics of Martian rocks.

The Mar 2020 rover mission is scheduled for launch in July 2020 because at this time the rover will take less power to travel to Mars, owing to the good positions of Earth and Mars, relative to each other for landing on the Martian surface. 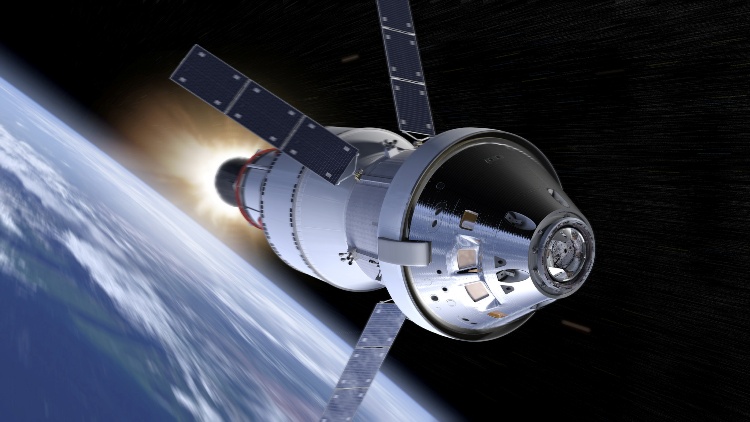 The spacecraft will travel 280,000 miles from Earth, thousands of miles beyond the Moon over the course of about a three-week mission. In addition to sending Orion on its journey around the Moon, SLS will carry 13 small satellites that will perform their own science and technology investigations.

The primary objective of the mission is to assure a safe crew module entry, descent, splashdown, and recovery.

Space tourism is set to become a reality. Private aerospace company Virgin Galactic who is leading the space tourism race is charging USD 250,000 per person to take a 90-minute space ride for which the company has even begun Astronaut Readiness Program, an important and mandatory step to prepare private astronauts for their spaceflights. The aerospace company is developing a spaceflight system that is in the final stages of development.

Over 600 Future Astronaut customers from across 60 countries have signed up to fly on Virgin Galactic's SpaceShipTwo that flew into space at three times the speed of sound with three crew members on board on 22nd February 2019.

Recently, Virgin Galactic announced that it has reached a major build milestone in its second commercial spaceship, furthering the company's goal of a commercial spaceship fleet. In this Weight on Wheels milestone, all major structural elements of the vehicle were assembled, and the vehicle deployed its main landing gear and carried its own weight for the first time.

Structural and system part fabrication for the company's third spaceship is also 50 percent complete, signaling good progress to the company's mission to put humans into space and return them safely to earth on a routine, consistent and affordable basis.

The Indian Space Research Organisation (ISRO) is gearing up for the launch of the "Aditya-L1 mission", the first Indian mission to study the dynamical processes of the sun and address some of the outstanding problems in solar physics.

The satellite carrying multiple payloads will be inserted in a halo orbit around the Lagrangian point 1 (L1) of the Sun-Earth system, which is 1.5 million km from the Earth.

The main payload for the project is Visible Emission Line Coronagraph (VELC) which is developed by the Indian Institute of Astrophysics (IIA). Aditya-L1 will provide observations of Sun's Corona (soft and hard X-ray, Emission lines in the visible and NIR), the outermost part of the Sun's atmosphere, Chromosphere (UV) and photosphere (broadband filters).

Additionally, particle payloads will study the particle flux emanating from the Sun and reaching the L1 orbit, and the magnetometer payload will measure the variation in magnetic field strength at the halo orbit around L1. These payloads, as ISRO says, will have to be placed outside the interference from the Earth's magnetic field and could not have been useful in the low earth orbit.

According to ISRO, the inclusion of multiple payloads will provide an opportunity to solar scientists from multiple institutions within the country to participate in space-based instrumentation and observations.

The European Space Agency (ESA), in close collaboration with NASA, is scheduled to launch the Solar Orbiter, a mission dedicated to solar and heliospheric physics in February 2020. The mission will study the Sun-Earth connection and address big questions in Solar System science to help us understand how our star creates and controls the giant bubble of plasma that surrounds the whole Solar System and influences the planets within it.

Solar Orbiter will use a combination of ten remote-sensing and in situ instruments that will operate continuously to observe the turbulent solar surface features including the solar wind, the heliospheric magnetic field, solar energetic particles, transient interplanetary disturbances, and the Sun's magnetic field. 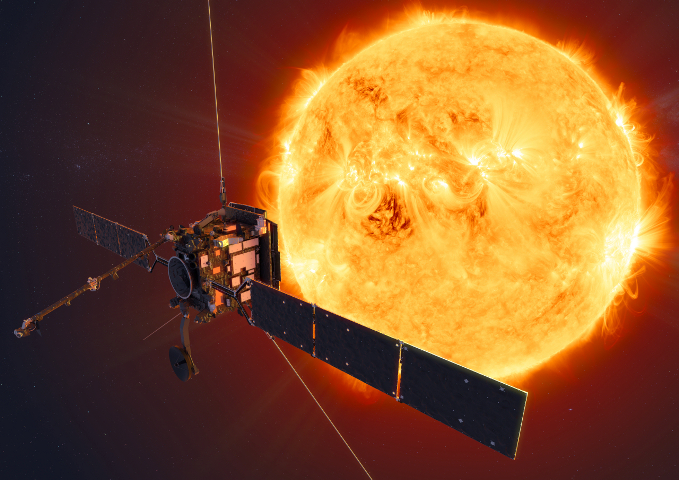 The Solar Orbiter will make a close approach to the Sun every five months. According to the ESA, Solar Orbiter will be able to observe the magnetic activity building up in the atmosphere that can lead to powerful flares and eruptions.

The mission will also work with NASA's Parker Solar Probe, a scientific mission to unlock the mysteries of the Sun's corona and solar wind, collecting complementary datasets that will allow more science to be distilled from the two missions than either could achieve on their own.

Throughout the mission, the spacecraft will use the gravity of Venus to slingshot it out of the plane of the Solar System, whilst following an elliptical orbit around the Sun, passing within the orbit of Mercury at its closest. The scientific instruments onboard the spacecraft will be protected by cutting-edge heatshield technology as they face up to 13 times the heating of satellites in Earth orbit.

Chang'e-5, China's fifth lunar probe, is scheduled to be launched later this year. CNSA's (Chinese National Space Administration) lunar sample return mission primarily aims to land in the Mons Rumker region of Oceanus Procellarum and send back a moon rock sample to earth, possibly from a depth of 2 meters underground. 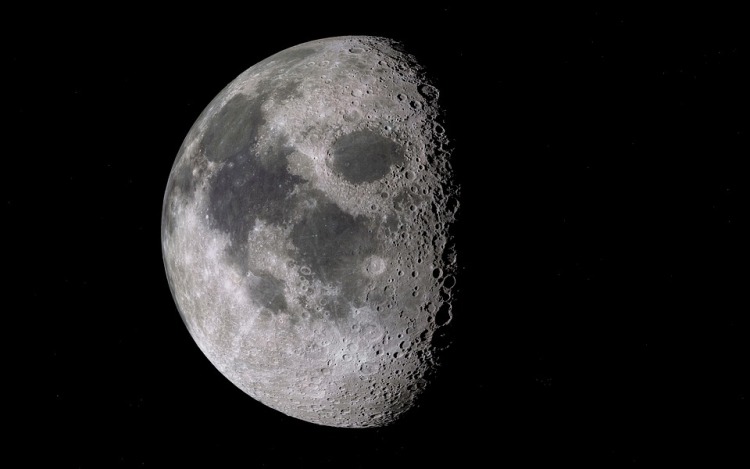 The lunar probe is reported to have four modules, the Lander will collect the samples and transfer them to the ascender that will then head back into the orbit. In the next step, the ascent vehicle will dock with a third module which will finally transfer the sample to the sample return capsule designed for taking them back to Earth.

HUL partners with UNICEF to support India's fight against COVID-19

Cargo shipping is a crucial part of the global supply chains and is likely to become more resilient along with efforts to make supply chains resilient but cruise liners could face much more disruptive changes....

The governor of central Japans Aichi, which includes the city of Nagoya and also hosts Toyota Motor Corp, on Thursday said he would declare a state of emergency for his prefecture the following day. Hideaki Omura made the announcement two d...

Led by an MVP performance from Danish midlaner Soren Bjergsen Bjerg, Team SoloMid pulled out a 3-2 win over 100 Thieves on Wednesday to stay alive in League of Legends North America-based League Championship Series spring playoffs. With the...

Golf-Woods and caddie sued by spectator over alleged 2018 incident

A Florida man has filed a lawsuit against Tiger Woods and his caddie Joe LaCava alleging he sustained injuries after LaCava shoved him when he tried to take a selfie with the golfer in the background at a tournament in 2018. According to th...

Quarterback Andy Daltons future with the Cincinnati Bengals remains undecided, head coach Zac Taylor told reporters on a Zoom call on Wednesday. With the Bengals owning the No. 1 overall pick in this months draft and likely to select a quar...