Realme teases new 7-series phone in India; expected to be Realme 7i

The Realme 7i features a 6.5-inch HD+ LCD with a 90 percent screen-to-body ratio and a left-aligned punch-hole for the selfie camera. The phone is equipped with Qualcomm Snapdragon 662 octa-core processor and is fuelled by a 5,000mAh battery with 18W fast-charging support.

Realme 7i is expected to be launched in India next month along with several products including a smartwatch, 4K TV, wireless buds, soundbar, etc.

Guys, we have something new and exciting coming up with eyes so sharp that your lives will become inevitably cooler!Will reveal more about it soon. Stay tuned for the next episode of #AskMadhav.#LeapToNextGen pic.twitter.com/BZ3uHxCRk5

Earlier this week, tipster Himanshu suggested that the Realme 7i will be coming to India in October. Unlike in Indonesia, the phone will be offered in 4GB+64GB and 4GB+128GB memory configurations in India.

Realme 7i: Specs and features

The Realme 7i features a 6.5-inch HD+ LCD with a 90 percent screen-to-body ratio and a left-aligned punch-hole for the selfie camera. The phone is equipped with Qualcomm Snapdragon 662 octa-core processor and is fuelled by a 5,000mAh battery with 18W fast-charging support. 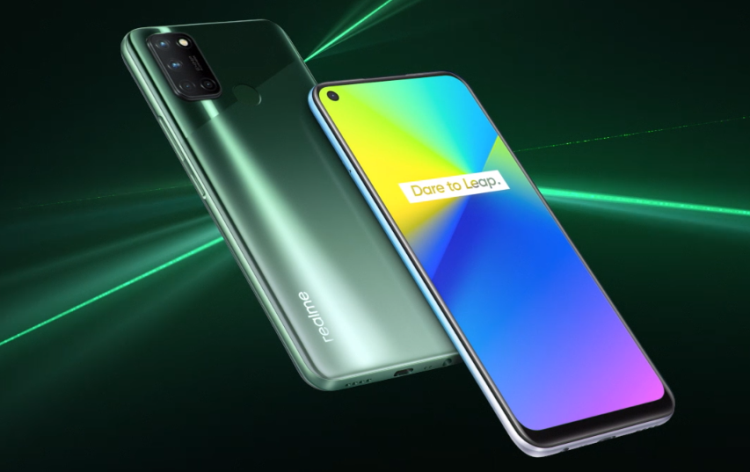 Network and connectivity options onboard the Realme 7i include 4G LTE; WiFi 802ac; Bluetooth 5.0; GPS / AGPS; USB Type-C port and a 3.5mm headset jack. The phone boots RealmeUI based on Android 10.

Terrorists fired upon three BJP workers identified as Fida Hussain Yatoo, Umer Rashid Beigh and Umer Ramzan Hajam in YK Pora, Kulgam on Thursday. They were shifted to a nearby hospital for treatment where they were declared as brought dead,...

Britains Labour opposition suspended its former leader Jeremy Corbyn on Thursday after he downplayed a report that detailed serious failings in the partys handling of persistent anti-Semitism complaints during his 2015-2019 leadership.The E...

Algerias President Abdelmadjid Tebbounes health condition is stable and does not cause concern, the presidency said on Thursday, a day after being flown to Germany for medical checks.His medical staff is optimistic as to the results of chec...