The UN Mission in Colombia was the target of an attack on Thursday, when three vehicles that were part of a joint expedition travelling through a remote area, were approached by armed individuals, although nobody was ultimately injured during the incident.

The UN Mission in Colombia was the target of an attack on Thursday, when three vehicles that were part of a joint expedition travelling through a remote area, were approached by armed individuals, although nobody was ultimately injured during the incident.

In a statement, the mission condemned the attack suffered by its local team in Puerto Nuevo, Guaviare, when it was carrying out a joint mission with the UN Office for the Coordination of Humanitarian Affairs (OCHA) and a non-governmental organization.

The joint mission, made up of three vehicles, was heading to the rural area of Guayabero to meet with communities in the area, when they were approached by armed individuals who made them get out of the vehicles.

Two of the three vehicles were incinerated a few minutes later at the scene. 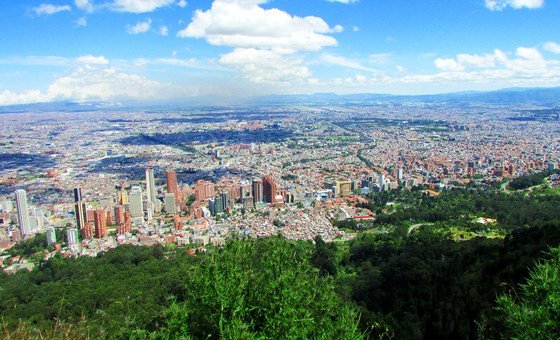 The UN Mission reiterated its concern over continuing acts of violence in so-called priority areas for the implementation of the 2016 Peace Agreement with FARC rebels, and condemned any attempts to intimidate UN and humanitarian staff, by armed groups.

The UN will continue to support Colombians in their efforts to consolidate peace in the country, the mission said.

On Thursday, the Security Council reiterated its full and unanimous support for the peace process in Colombia.

In a statement, the Council Members highlighted the fifth anniversary of the Final Peace Agreement, celebrated in November of last year.

They echoed the Secretary-General's observation, when visiting the country during the anniversary, that "historic progress" was "taking root" but also that "formidable challenges" remain.

The members also welcomed the way in which the anniversary "led to renewed focus by all parties on the need to consolidate this progress and address these challenges."

As Colombia prepares for congressional and presidential elections, the Council stressed the importance of taking the necessary steps to ensure safe, peaceful and inclusive participation, including the full, equal and meaningful participation of women.

They also reiterated their concern regarding the persistent threats, attacks and killings targeting former FARC-EP members, as well as community and social leaders, including women and those from indigenous and Afro-Colombian communities.

© UNMVC/Jennifer MorenoA woman paints a mural for Peace and Reconciliation in Colombia.