Meanwhile, TikTok India Head, Nikhil Gandhi said in a statement that they are in the process of complying with the government order, adding that the platform has always placed the highest importance on user privacy and integrity.

TikTok, the popular Chinese short video sharing platform has been removed from Android (Play Store) and iOS (App Store) platforms, just a day after the government of India banned the app along with 58 other mobile applications, citing threat to sovereignty and privacy of 130 crore Indians.

The list of banned Chinese apps also includes WeChat, Shareit, UC Browser, Helo, Cam Scanner, and Bigo Live. While a majority of these apps are still available on both the platforms, TikTok which had nearly 119 million active Indian users is no longer available for download. 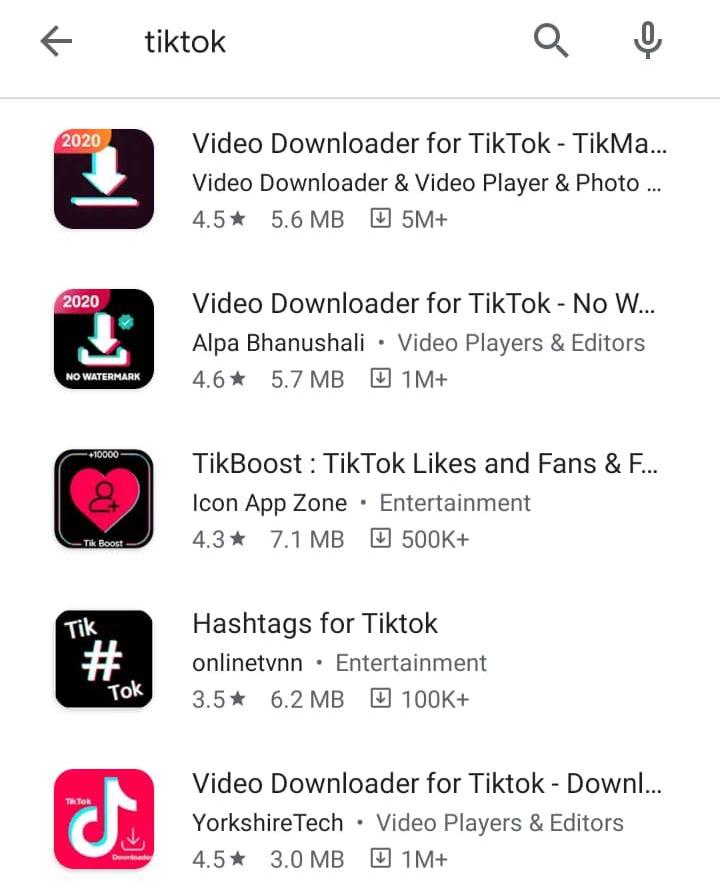 In a press release on Monday, the Ministry of Electronics and Information Technology said that it has received many complaints from various sources including several reports about the misuse of some mobile apps for stealing and surreptitiously transmitting users' data in an unauthorized manner to servers which have locations outside India.

"On the basis of these and upon receiving of recent credible inputs that such Apps pose threat to sovereignty and integrity of India, the Government of India has decided to disallow the usage of certain Apps, used in both mobile and non-mobile Internet-enabled devices," said the ministry statement.

Commenting on the developments, TikTok India Head, Nikhil Gandhi said on Tuesday that they are in the process of complying with the government order, adding that the platform has always placed the highest importance on user privacy and integrity.

"TikTok continues to comply with all data privacy and security requirements under the Indian law and has not shared any information of our users in India with any foreign government including the Chinese government," Gandhi further added.

My Hero Academia Chapter 289: Uraraka vs Toga, injured Jeanist to be back in action

Ahead of U.S. poll, Trump ends a U.S. restriction applying to Israeli settlements

Under fire from President Donald Trump and his allies, the CEOs of Twitter, Facebook and Google rebuffed accusations of anti-conservative bias at a Senate hearing and promised to aggressively defend their platforms from being used to sow ch...

Sevilla picked up their first Champions League win of the season with a 1-0 victory over Stade Rennais on Wednesday after outclassing the French side but managing to convert only one of the numerous clear chances they carved out.Dutch forwa...

Barcelonas 2-0 win away to Juventus in their Champions League group was the perfect reply to the clubs boardroom crisis, midfielder Sergi Roberto said on Wednesday. The club was rocked when club president Josep Maria Bartomeu resigned on Tu...

The U.S. Supreme Court on Wednesday handed a setback to Republicans by declining to quickly decide whether to hear their latest bid to block an extended deadline for receiving mail-in ballots in next Tuesdays election in Pennsylvania, a sta...