The Apple Watch Series 5 packs the S5 SiP and W3 wireless chip while Series 6 comes with an upgraded S6 SiP that runs up to 20 percent faster than the previous generation S5 chip. The latter also features the U1 chip and Ultra-Wideband antennas that enable short-range wireless location to support new experiences like digital car keys.

The Apple Watch Series 6 featuring new health and wellness capabilities including a Blood Oxygen sensor, watchOS 7 and many hardware improvements has gone official.

Touted as Apple's most advanced watch ever, the Watch Series 6 not only brings display improvements but also focuses on performance and users' overall well-being. The Apple Watch Series 6 GPS is priced at USD 399 and the GPS + Cellular at USD 499. In India, the latest watch series prices start at Rs 40,900 for the WiFi-only model and Rs 49,900 for the GPS+Cellular model. 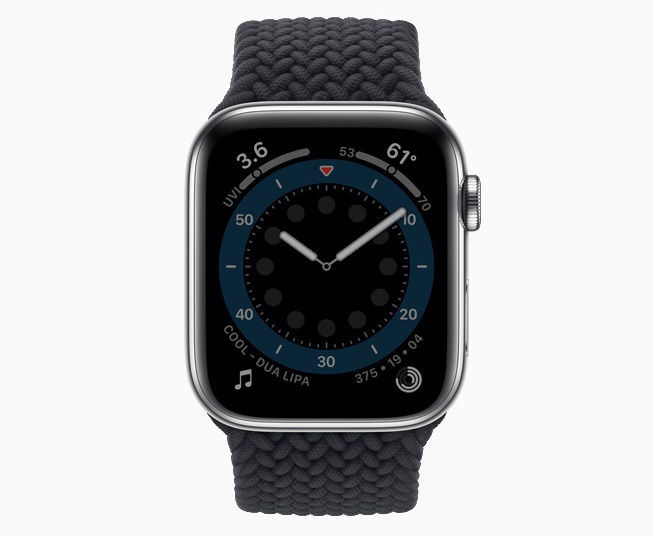 Both the watches come in 40mm and 44mm cases and a wide range of materials including aluminum, stainless steel and titanium. The Apple Watch Series 6 adds new (PRODUCT) RED and blue aluminum cases to Apple's existing lineup of colorful watch cases. Further, the new watch lineup is accompanied by a new band that comes in two materials- Solo Loop made from stretchable silicone rubber and Braided Solo Loop made from ultrathin silicone threads.

The Apple Watch Series 5 packs the S5 SiP and W3 wireless chip while Series 6 comes with an upgraded S6 SiP that runs up to 20 percent faster than the previous generation S5 chip. The latter also features the U1 chip and Ultra-Wideband antennas that enable short-range wireless location to support new experiences like digital car keys.

The new watchOS 7 brings seven additional watch face options and new health and fitness features including low-range VO2 Max, automatic handwashing detection and new workout types to the Apple Watch Series 6. Another interesting feature that the watchOS brings is the 'Family Setup' that allows users to share their iPhone to pair watches for their family members, children or older adults, who don't have their own iPhone.

The attention-grabbing feature of the new Apple Watch Series 6 is the blood oxygen sensor and app that allows for 24/7 on-demand readings of blood oxygen level as well as background readings. Made from four LED clusters, the sensor is integrated into the back crystal and works in concert with the Blood Oxygen app. 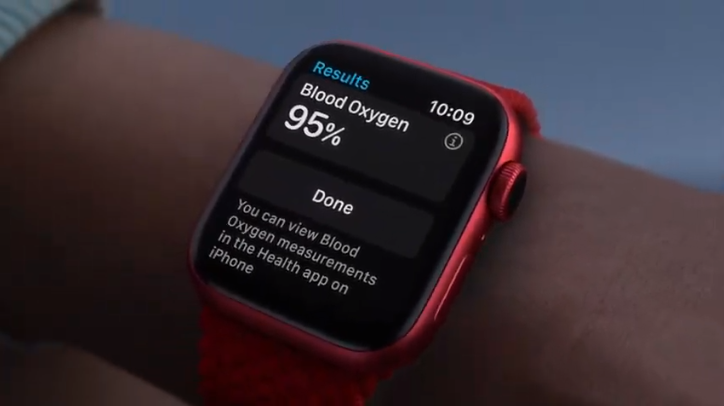 Additionally, there is a new Sleep app on the Apple Watch 6 that keeps track of sleep trends for improving sleep quality.

Unlike the Apple Watch Series 5, the new watch lineup features an always-on altimeter that tracks elevation changes in real-time to offer more precise metrics. It uses a more power-efficient barometric altimeter, GPS and nearby Wi-Fi networks to detect small elevation changes, indoors and out.

Both the watch series support LTE (optional) and UMTS, Wi-Fi, Bluetooth 5.0, GPS/GNSS, and compass for navigation and wireless connectivity.

Senegal can detect residues in food products through nuclear techniques

COVID-19, the illness caused by the SARS-CoV-2 virus, will likely become seasonal in countries with temperate climates, but only when herd immunity is attained, suggests a new review published in Frontiers in Public Health. Until that time,...

As many as 813 new positive cases of COVID-19 and seven deaths were reported from Rajasthan in the past 24 hours, said the State Health Department on Saturday. With this, the total number of coronavirus cases in the state has reached 1,12,1...

Three Lashkar-e-Taiba LeT terrorists have been arrested by a joint team of security forces on Saturday in the Rajouri district of the Jammu region, informed the Jammu and Kashmir Inspector General.Along with three terrorists, the security f...