Google has started rolling out the January 2021 security update for all supported Pixel phones running Android 11. The latest security update brings several fixes and improvements across many areas including display, sensors and telephony, to name a few.

Globally, the January update is arriving with the following build numbers:

For Verizon users, the update is arriving with:

As for the update, it brings several fixes including for the issues preventing calls on certain MVNO networks and that causing intermittent restarts in several apps, among others. The update also brings improvements for auto-rotation and auto-brightness response.

Here's the complete list of notable fixes the January update brings to the Pixel devices: 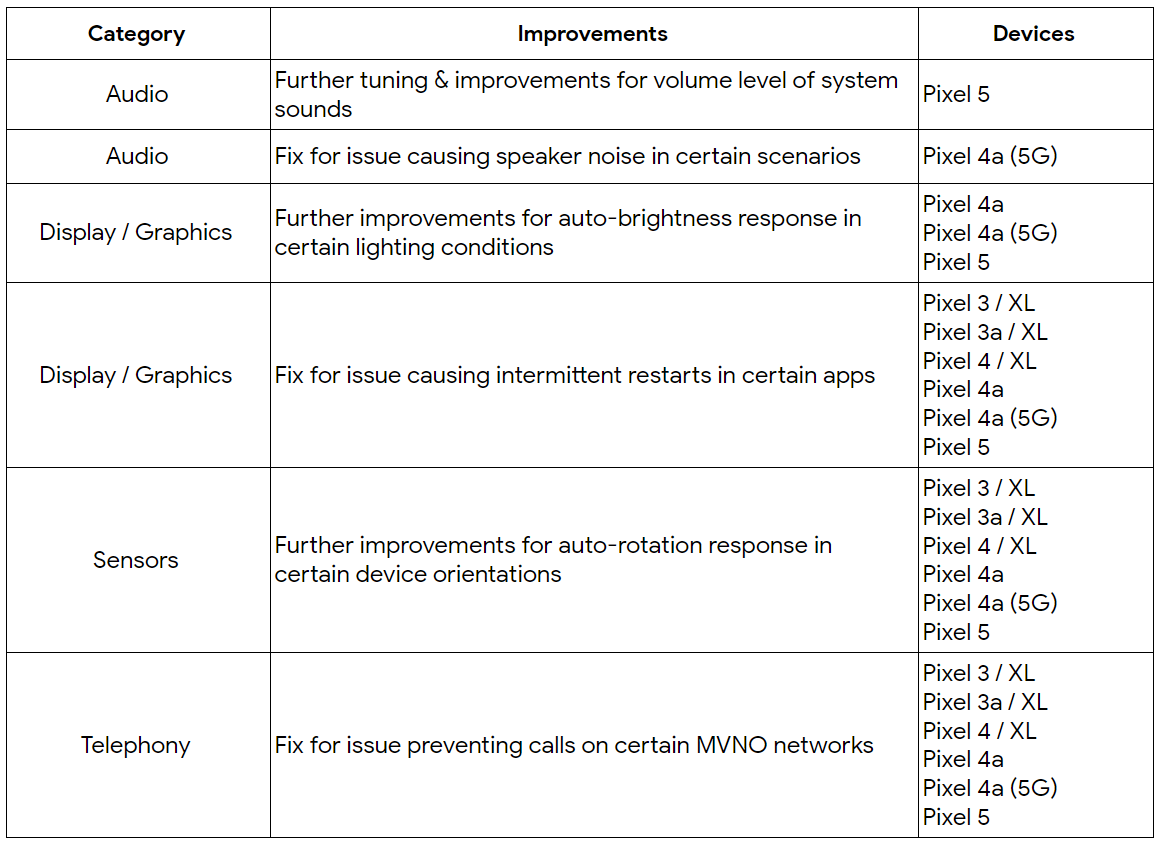 The over-the-air (OTA) update is being rolled out in phases depending on carrier and device. Users will receive a notification once it becomes available.

A Pakistani intruder was killed by the Border Security Force BSF along the Indo-Pak international border in Rajasthan, officials said on Saturday.The man was moving in a suspicious manner and he was challenged by the troops. Later, he was s...

A case has been registered against Samast Hindu Aghadi president Milind Ekbote by Pune Police for allegedly making a video with the intent to disturb communal harmony as he called Kondhwa a Mini Pakistan. In a video that has surfaced on soc...

To make new women voters aware of how to take part in the voting process, the Cachar district administration in south Assam is taking various steps to attract all electors, especially young voters, to cast their ballot in the upcoming Assem...

A 28-year-old woman was allegedly sexually harassed by a man in Uttar Pradeshs Shamli district, police said on Saturday.SHO Shyambir Singh said the incident took place on Friday when the woman was alone at her house.Rajbir entered her house...