Microsoft's email service Outlook is reportedly down on Thursday, according to the outage tracking website Downdetector and users of the service. Many users took to social media platform Twitter to complain about the 'outage'.

Is Microsoft Outlook / Office 365 down for anyone else in india? pic.twitter.com/P8udtibf1t

@Outlook outlook also down in the UK by the looks of it. No access via mobile or laptop for over an hour...

Testing it at Devdiscourse's offices in Sonipat, India, we can confirm problems in accessing Outlook. Apart from India, several countries across Europe have also been impacted by the outage, according to Downdetector. 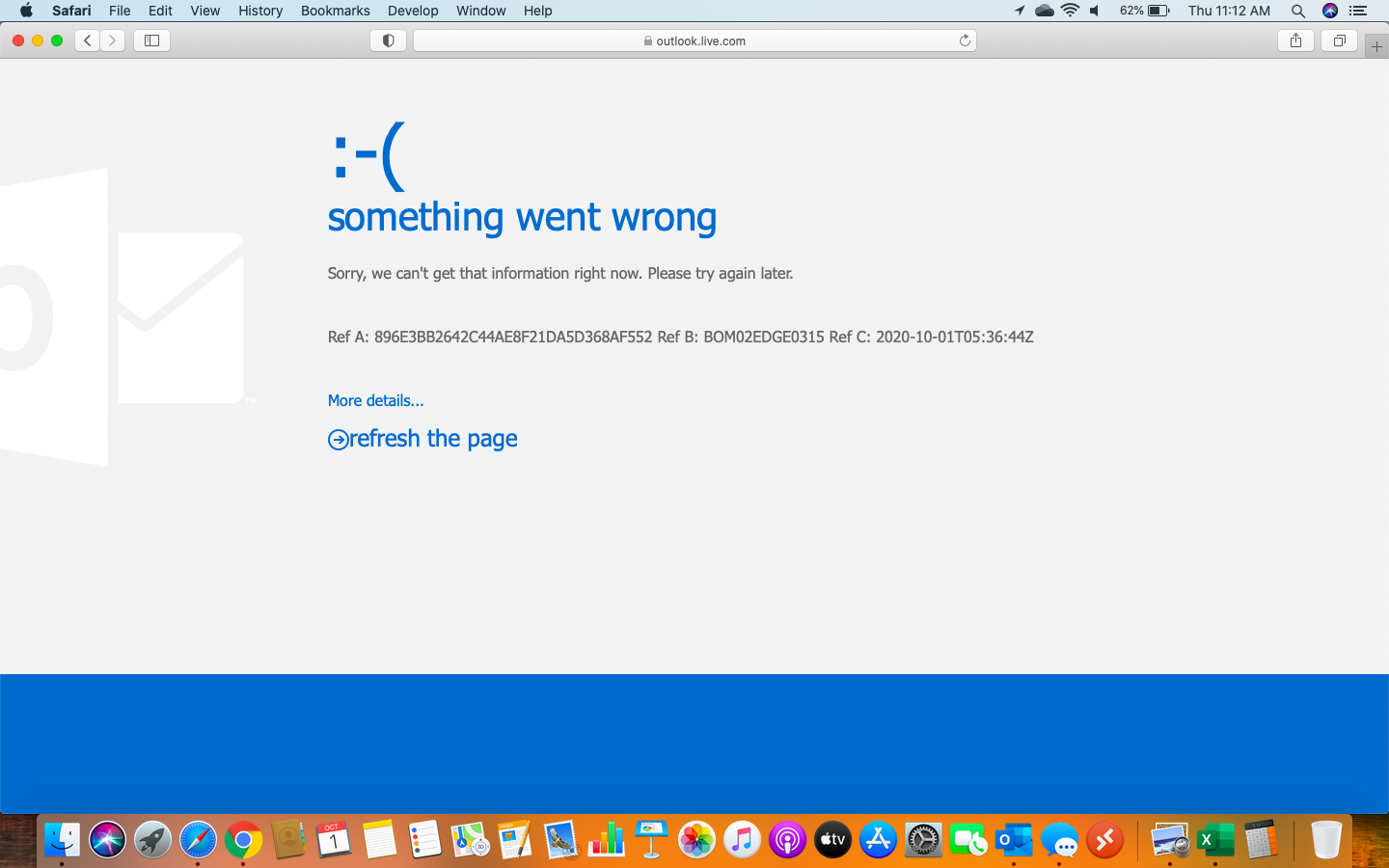 Microsoft Outlook has said that they are aware of the issues and are actively investigating.

Thank you for flagging this with us, the engineering team is aware and is actively investigating. More information can be found in the admin center under EX223208. We apologize for the inconvenience.

It is not yet known how many users have been impacted, but Downdetector showed that at its peak more than 600 individuals reported issues with Outlook on Thursday.

Problems with Outlook come just a few days after a major outage of Microsoft's workplace applications. The earlier outage persisted for several hours on Monday night and caused an uproar on Twitter, with several users complaining that the outage meant they could miss their job interviews and deadlines for college assignments.

An update to Microsoft's services likely caused Monday's disruption and Microsoft had rolled back the update, according to Reuters.

A U.S. appeals court on Monday rejected a Justice Department request that it allow the government to immediately ban Apple Inc and Alphabet Incs Google from offering Tencents WeChat for download in U.S. app stores. The three-judge panel for...

A U.S. appeals court on Monday rejected a Justice Department request that it allow the government to immediately ban Apple Inc and Alphabet Incs Google from offering Tencents WeChat for download in U.S. app stores. The three-judge panel for...

Wind-driven flames triggered mass evacuations in California and severely injured two firefighters on Monday, as hundreds of thousands of residents endured a second day of power shutoffs due to heightened fire risks from gusty, dry weather. ...