Xiaomi's latest and immensely popular fitness tracker Mi Band 5, aka Mi Smart Band 5 globally, and the Amazfit Band 5 have been out in the market for quite a while now. Both the budget fitness trackers debuted this year and are packed with a lot of health and fitness-related features.

Let's see how both the fitness bands stack up against each other.

In terms of design, the Mi Band 5 and Amazfit Band 5 look exactly the same. Both the fitness bands come with a reinforced 2.5D glass with an anti-fingerprint coating. 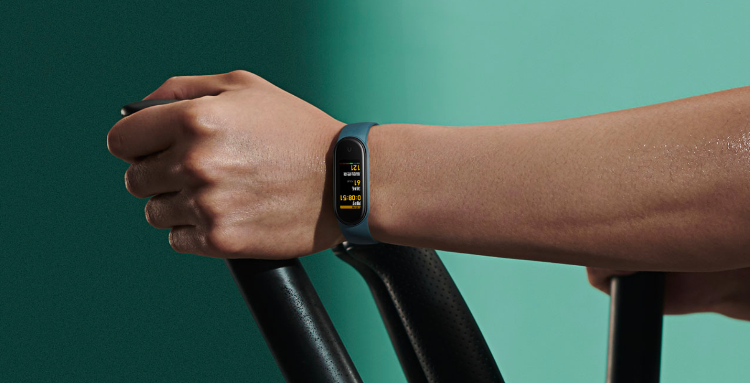 Similarly, the Huami Amazfit Band 5 features a 1.1-inch HD color AMOLED touchscreen with 126x294 resolution and over 45 watch faces and two built-in custom watch faces to choose from. It also comes with a 5ATM waterproof rating.

Verdict: Both the bands are nearly similar but the Mi Band 5 offers more watch faces and strap options over the Amazfit Band 5

The Amazfit Band 5 also features a SpO2 sensor for measuring blood oxygen saturation levels to understand the physical state during intellectual or physical work for a long time, high-intensity workouts or in high-altitude and low-oxygen environments.

Verdict: The Amazfit Band 5 has an extra point with the addition of a SpO2 sensor.

The Mi Band 5 is backed by a 125 mAh battery that offers 14 days of life in normal mode and lasts up to 21 days in power saving mode. It comes with an all-new magnetic snap-on charging solution.

The Amazfit Band 5 is also fuelled by a 125 mAh battery that lasts for up to 15 days in typical usage and 25 days in power-saving mode and can be charged via a magnetic USB charger.

Both the trackers take about two hours to completely charge.

Verdict: In terms of battery life, there is a small difference between the two bands.

Connectivity and other features

The Mi Band 5 and Amazfit Band 5 support Bluetooth 5.0 BLE and are compatible with smartphones running Android 5.0 or iOS 10.0 and above. Both support smart features such as weather forecast, timer, alarm, remote phone music and camera control, notifications for call, message, app, Do not disturb and idle alerts.

Additionally, the Amazfit Band 5 comes with Alexa built-in for voice controls, allowing users to set alarms and timers, check the weather, control your smart home device and do more with voice commands.

Verdict: The Amazfit Band 5 supports Alexa voice assistant which is lacking on the Mi Band 5.

The Mi Band 5 and Amazfit Band 5 give a tough fight to each other in terms of pricing as well as features.

Study provides new insights into seasons on a planet outside our solar syste...