Fitbit's most advanced smartwatch Sense and Versa 3 are getting Fitbit OS 5.1 software update that improves the health capabilities and convenience features of both the premium smartwatches.

Both Fitbit Sense and Versa 3 can now track blood oxygen levels while sleeping and users can see their average in the Fitbit app without using a specific SpO2 clock face. In addition to the free signature SpO2 clock face, Fitbit will offer seven additional new faces in the app gallery by the end of the year.

Google Assistant enhances the on-device experience by letting users check the weather forecast, set an alarm or check sleep duration as well as control smart home devices, all from the wrist with the touch of a button. Google Assistant is currently rolling out in the U.S. and will expand to additional markets including Australia, Canada, India, Ireland, New Zealand, Singapore and the U.K. in English by 2020-end. 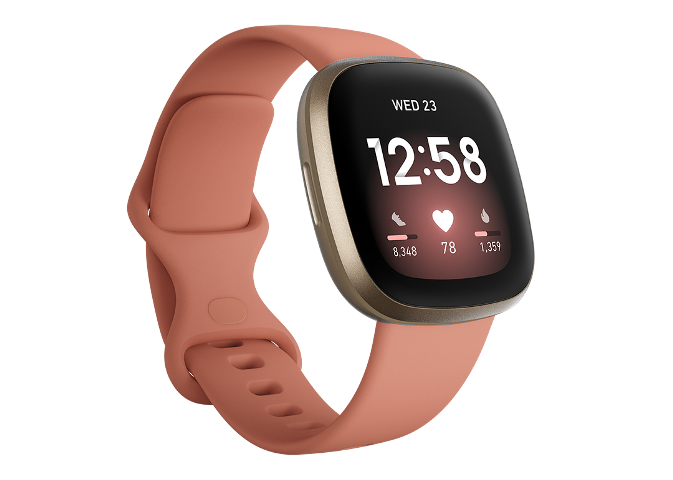 Further, the updated Amazon Alexa on Fitbit Sense and Versa 3 allows users to receive audible replies from the on-device voice assistant. The audible replies feature will be available for Google Assistant in the first half of 2021.

Both Fitbit Sense and Versa 3 have also added the capability to take hands-free Bluetooth calls, send incoming calls to voicemail and control volume without a smartphone. Additionally, Android users can also respond to text messages on-the-go with voice-to-text commands.

Attack on Titan Chapter 135 release date confirmed, plot to pick up where 134 ended

Boeing 737 MAX returns to skies with media on board

The Delhi High Court Thursday directed the jail authorities to forthwith take Jamia Millia Islamia JMI student Asif Iqbal Tanha, arrested in a case related to the northeast Delhi riots earlier this year, to a guest house to enable him to st...

Navy Chief Admiral Karambir Singh on Thursday said his force is alive to various threats in the maritime domain including from China and is fully ready to deal with them. Addressing a press conference on the eve of Navy Day, he said the Nav...

German luxury carmaker BMW on Thursday said it has launched 2 Series Gran Coupe Black Shadow edition in India priced at Rs 42.3 lakh ex-showroom. Locally produced at the Chennai plant, the model would only be sold via its online channel fro...

Norwegian Air proposed on Thursday a package of debt conversion, aircraft divestment and sale of new equity in a bid to overcome the coronavirus pandemic that has brought the company to the brink of collapse.As part of the plan, the Oslo-ba...