One of the popular Japanese manga series of all time, Attack on Titan is about to wrap up its story in the upcoming Chapter 139. While readers are excited to devour the final chapter, they are also a little upset as their favorite manga is coming to an end.

It is now officially confirmed that Attack on Titan Chapter 139 will release on April 9, 2021. The final volume of the series will come out in Japan on June 9, 2021. 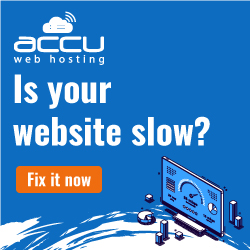 Last year November, the series creator Hajime Isayama revealed that only 1-2 percent of the manga is left. In an interview with the Japanese entertainment news website Comic Natalie, Hajime Isayama said, "I've been saying for the last eight years that I'd finish [Attack on Titan] in three years, and finally, it seems like it will be completed."

It's been a very long time coming, but I hope you'll stick with me until the end. The editorial team never rushed me to finish the series, but I've been continually asked when will it end?' Thank you for waiting for me. I will do my best until the last page so you will feel satisfied with what you've read," said Hajime Isayama to Comic Natalie.

Attack on Titan is ending on Chapter 139 in Volume 34. The final chapter will resolve all the cliffhangers of Attack on Titan Chapter 138. According to the upcoming theories, all the Titan shifters namely Reiner, Annie, Pieck, Armin, Falco and others will be dead. The pure Titans (Jean, Connie and others) will also die or cease from existence.

The concluding Attack on Titan Chapter 139 will show Eren's demise as he has totally transformed into the Founding Titan. However, fans are speculating that not all the characters can die.

Furthermore, Chapter 139 needs to resolve what happens after all the alliance members have been Titanized and the Rumbling can be started. Every human in the surrounding have become a Titan. Eren might control all the Titans, and proceed with the Rumbling again.

Viewers might also see the death of Ackermans (Levi and Mikasa) in Attack on Titan Chapter 139. The chapter is scheduled to be out on Friday, April 9. The scans will be out two to three days before and the spoilers will be out four to five days before the original release.

You can read it on VIZ media, MangaPlus and Shonen Jump official websites and platforms. But you may want to wait for the official release of the English version of Attack on Titan Chapter 139. Stay tuned to Devdiscourse to get the latest updates on the imminent chapter.

Girder of under-construction flyover collapses in Nagpur; no injuries report...

‘Satta king’ involved in betting in UP, U’khand arrested