Fans are excited and looking forward for both the spin-off and the sixth season of the adult animated science-fiction anime series Rick and Morty. Adult Swim ordered 10 new episodes for the Rick and Morty spin-off which will be directed by Tower of God's Takashi Sano.

As for the length of the series, five seasons have been aired, with each containing 10 episodes. Rick and Morty Season 6 is underway with 10 more episodes.

Time Warner Broadcasting and Adult Swim has entered a long-term contract, as part of which Adult Swim ordered 70 new episodes of the series over an unspecified number of seasons, on top the 30 episodes they had already aired at the time.

Rick and Morty Season 6 Storyline: Rick and Morty follow the story of Rick Sanchez, an eccentric and alcoholic mad scientist and his fretful grandson Morty Smith, who split their time between domestic life and inter-dimensional adventures. It also includes members of the Smith household, which consists of parents Jerry and Beth, their children summer and Beth's father.

The storyline for Rick and Morty Season 6 is yet to be disclosed but the fifth season ends with a massive cliffhanger. Evil Morty entered a new dimension. Season 6 will reveal Rick Sanchez's (Roiland) origin story. His wife Diane (Kari Wahlgren) and daughter were killed in the bombing. Rick made it his mission to find the culprit behind the incident. Rick and Morty Season 6 has to answer this pressing question: Were Rick's daughter and wife really killed by Evil Rick?

Evil Morty is the main villain, but we haven't seen him since Season 3. Evil Morty is no doubt a complicated character in the story.

It seems Rick and Morty Season 6 might bring him back with an exciting storyline. In an interview with Inverse, Spencer Grammer who voiced Summer Smith hinted at the plot.

"There are some really interesting episodes coming up where you see more sides to all of the family members. There were a lot of family-centric episodes this season, which I always think is really interesting. Or when Rick is off doing something with Jerry. It's interesting to see Beth, Morty, and Summer have a life independent of Rick." 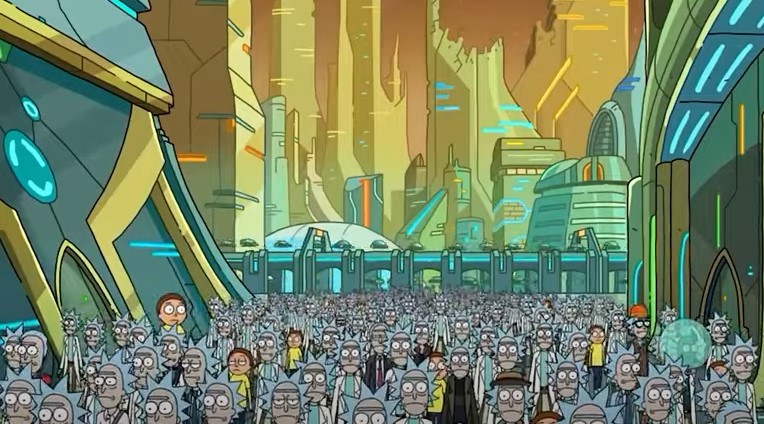 Release date: The specific premiere date for Rick and Morty Season is yet to be revealed, but then again Adult Swim announced in the exclusive panel at the Adult Swim Festival 2021 in November that the series will premiere in 2022.

A sneak peeks will be shown during the Rick and Morty panel at the Adult Swim Festival Block Party on August 6, 2022.

Trailer: Currently, we all are waiting for the trailer for Rick and Morty Season 6 which we could expect soon.

Cast: Chris Parnell, Sarah Chalke and Spencer Grammer are returning to the cast of Rick and Morty Season 6 as Jerry, Beth, and Summer Smith respectively. Justin Roiland would also return to reprise his role as Mr. Poopybutthole.

Streaming channel: Rick and Morty Season 6 will stream on Hulu and HBO Max. To get the previous story, you can catch the previous seasons by surfing Adult Swim's official website and logging in using your cable provider's credentials to watch on-demand.